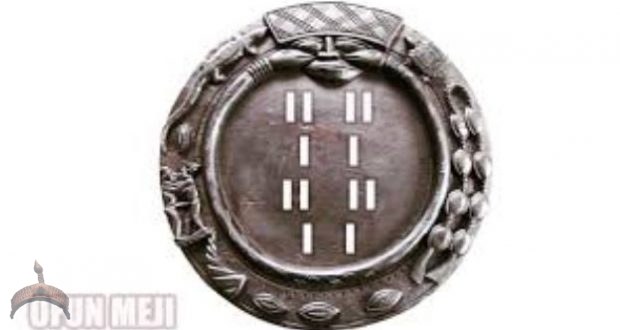 Posted by: ayangalu in Breaking News, Culture Comments Off on Happy Ose Ifa to all Ifa devotees globally.

An Odu references all situations, circumstances, actions and consequences in life, based on the innumerable ese (poetic tutorials/recitations) relative to the 256 Odu coding. In other words an Odu is your life path. Each Odu has over 4000 interpretations/verses/stories which pertains to the human being for whom it appears when consulted by a competent Ifa diviner (Babalawo).

No individual Babalawo knows all the verses in each Odu, but the more a Babalawo learns of each Odu, the more competent he is. This is why an Awo will study Ifa for many years before he becomes independent of his Oluwo, and also a Babalawo if he is wise will continue to learn Ifa until the day he makes his transition.

Translation:
At the end of a market day
Only the coordinator remains.
When Ifa transcends the level of comprehension,
The un-initiated depart.
This was the Divine message for Orunmila
When he was going to perceive Olodumare
In his Almighty Whiteness and Brilliance.
I perceive Odu today
And I achieve spiritual immortality.”

Previous: #Bitcoin halving in less than a month
Next: In Loving Memory Of Prof. Akinwunmi Ishola