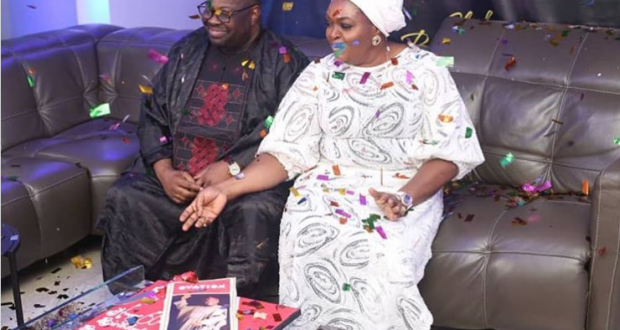 Posted by: Lolade in Metro life Comments Off on Virtual party amid COVID-19 stagged by Dele Momodu – Watch

How Dele Momodu staged a virtual party amid COVID-19.

Dele Momodu, a Nigerian media mogul, on Saturday, marked his 60th birthday via Zoom, a movie chat app, to observe the federal government’s directives on physical distancing as a result of COVID-19 crisis.

On the heels of the pandemic, institutions and public personalities have sought alternatives to in-person gatherings both for conferences, parties, and shows that could have required real-time presence.

From the comfort of his home, Momodu staged an event involving the 1 pm and 5 pm on March 16, attracting both politicians and business magnates from within Nigeria and in the diaspora.

It saw notable figures share their experiences on what they met the celebrity publisher, with the celebrant filmed dancing as musicians like K1 de Ultimate and Shina Peters treated attendees to Yoruba music.

That was a powerful performance @yinkaayefele Thank you Sir…

Momodu is the CEO of Ovation International, a magazine, acclaimed to have given publicity to deserving individuals from all over the world, mainly in Africa.

He’s received a slew of awards and recognition for his work on the planet of business, politics, literature, music, and the fashion industry.