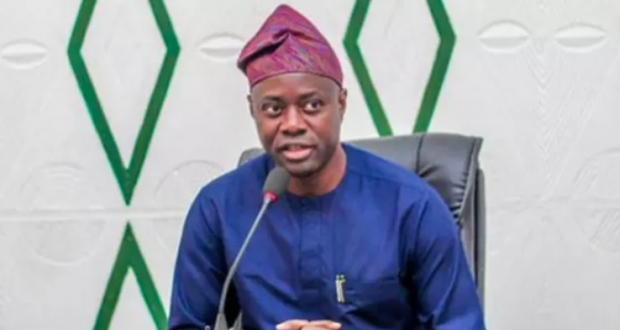 Posted by: Lolade in Metro life Comments Off on “You Never Had The Virus, Everything Was Audio”- Nigerians Drag Gov. Makinde’s Quick recovery from Coronavirus

A week ago, one of the Nigerian Governors which was tested positive for the Corona Virus, the Governor of Oyo state, Seyi Makinde, announced he will undoubtedly be self Isolating himself, but yesterday evening, the Governor took to his social media to talk about good news, he announce he is currently without any of the virus, after testing negative twice.

According to the Governor, he explained he was deeply moved by the prayers he got from his supporters, and he got his Covid-19 second test results yesterday evening and the test arrived negative. He also thanked the Oyo state head of task force for covid-19, Temitope Alonge, for acting in his stead, and he will soon be resuming his responsibility for the top of task force on Monday the 7th of April.

But also for some strange reason, although it was expected, some Nigerians appear to have trouble believing the Governor, they are arguing he never had the virus in the first place, describing everything was ‘Audio ‘, and that the 7 days recovery seemed kind of strange.