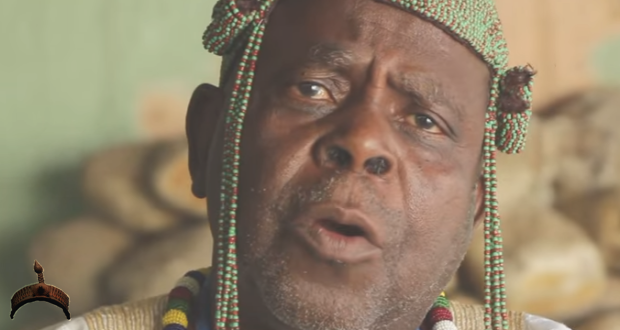 Posted by: Lolade in Breaking News, Culture Comments Off on Araba Araba Yemi Elebuibon reveals the Taboo he Broke

Yorubaland’s foremost Ifa priest, actor and also the Araba of Osogboland, Ifayemi Elebuibon recently turned 70 and gave an interview to Tribune newspaper . He spoke on the origins of his name, the circumstances around his birth , hardships in his early  life and quite a bit more.

He told Tunde Busari that although it was a taboo for him  to  attend school ( learn English/ gain Western education, presumably because he was an Ifa apprentice at the time) , he did break that taboo:

“It is true I never saw the four walls of any classroom but I am happy that through determination I broke that obstacle. When I was undergoing apprenticeship under my master, I was stealing knowledge from my age mates who were attending schools. But my master must not see me near them. It was a taboo which attracted severe punishment seeing me with a book or biro. That was why I said I stole knowledge from my mates. I needed to hide to listen to what their home teacher was teaching them. That was how it began until exposure came. I later became a visiting lecturer in the United States (U.S) I write and deliver my papers.”

He also touched on what many know to be true , that a large proportion of those Yoruba who call themselves Muslim or Christian, still depend hugely on the traditional ways for direction and resolution of personal issues in their lives, in the boardroom, bedroom, in church, spiritual , financial, health matters etc. You will find those folks in every church and mosque in Yorubaland. Some even at the pulpit or microphone. Baba Elebuibon says

“What I am saying is that those who refuse to acknowledge us in the public still find their way down here to seek one assistance or the other. That is what I mean by saying we are the reality. I should not go beyond this in order for those involved not to be embarrassed. But I can tell you sincerely that they do come here for consultations and we assist them. My joy is that we don’t go to them and they will never see us at their worship places. Are we now not the reality?”

Previous: CrossTalk: Bullhorns: Little Russia (Israel is a Rogue State)
Next: Check out Top 20 Plastic Bottle Hacks That Will Save Your Money 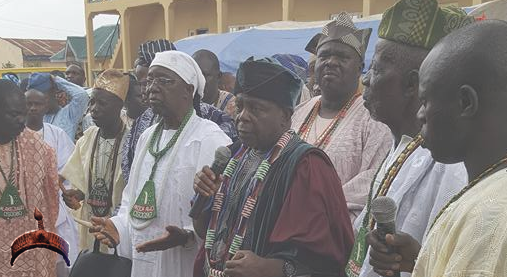 Araba Yemi Elebuibon and Iwarefa Praying for Peace & Prosperity for Nigeria and Worldwide.