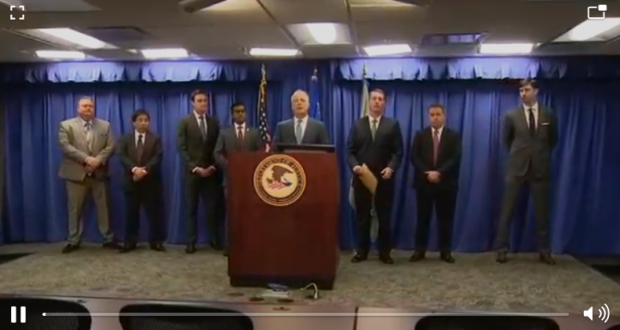 Why Are Nigerian Fraudsters Unrelenting ? – Quora

Posted by: Lolade in Breaking News, Metro life Comments Off on Why Are Nigerian Fraudsters Unrelenting ? – Quora

When I checked this whole Scenario, what comes to mind is just pure hatred for those super minority found in the con Business and also the same feeling for those making this look like every Nigerian does this Scamming thing. I immediately remember super hard working Nigerians I saw in Lagos mainland. I saw many, if not in their millions doing all kind of Jobs to make ends meet. From Mile 2 to Alaba International market down to Badagary core western Lagos political region but to mention the rest part of state and the country as a whole.

The job that touched my mind the most were these group of Nigerians using their heads to carry sand from water and off to the land to sell.

The picture above shows one of thousands I saw, this one above is offloading the sand from the Hand made boat(By Nigerians) unto the land after using his head to carry it from water into the same boat, sailed to nearby land and offload. Just how much is Dredging machine stripped off Nigerians by the master who is now making huge noise. ( I will get back to this part bellow).

Now, they said 80 Nigerians were suspected, arrested and indicted, the other news in Saudi reported about 26 were about to be excecuted for crimes and I heard 19 in Asian Prison (Those ones in Asia less Political). Now lets do the math.

Assuming we have others more in this deadly Business and internet fraud.

Let me dash them 10,000 more unarrested arround the world and in Nigeria. (This is exaggeration)

What the U.S FBI just did is simple. They have done this several times in the past. We have just managed to witness a coordinated media campaign to divert attention from the internal crisis facing the U.S which are those terrorists killing people en-masse. Everyday, the American terrorist shoot to kill other people. Only a few made it to the MSM, many do not make it to the news as a matter of fact. Never mind Saudi Arabia as those ones cannot be taking seriously with their mass killing of Innocent Yemeni people in thousands.

When was the last time U.S FBI came out in Numbers like the photo above declaring the numbers of those indicted in Shootings all over America ?

First the U.S stopped issuing Visas to Nigerians in the U.S embassy to couple with this media ‘Prince campaign’. One can bet those 80 indicted in the Scam did not get a fair hearing.

Nigeria’s problem is Economic Sobotage by the U.S.A

Nigerian Economy is service based. Nigeria’s problem started when the same master, U.S.A decided to shortchange the economy. This is the root of Nigeria’s problem but not Oil. It is like you have leaders willing to get off this one way traffic and each time they are either being killed, assassinated or regime change.

The Economy of Nigeria became shortchanged or short circuited during the installation of IBB. Many do not remember what took place.

Let me remind you. Before IBB 1Naira = 2 Dollar. When Buhari decided not to weaken the Naira or sign a petro dollar economy, he was removed and IBB was installed.

Note that Sheu Shagari was the President during 1983, Buhari came in after a coup but mentained the Exchange rate you see above in th PICand got to 1N =2$ during Buhari first Era.

Again, reminder of the root cause. Arab league were willing to borrow IBB money free of charge but IBB rather went to the puppet master U.S, the leader of the anglozionist empire to borrow money and sign Nigeria into a Petro-dollar economy where IMF decides for CBN,

Just one month after that, 1USD=2NGN. Naira (Suffering) never recovered from that ‘simple mistake’ IBB made even after OBJ paid all the Debt. Can anyone answer why Naira never recovered ?

If IBB had boycotted the petro dollar economy and follow Buahri’s lead traveling to Cuba, south America and signing deals to use Naira or the currency of that country in deals. This will automatically generate demand for Naira and will make Naira stronger and less dependent on Dollar. Simple Economics 101. The more you get demand for your own currency, the moore stronger it gets. This is similar to what Venezuela is doing now with Petro crypto currency or what Turkey have proposed to set up TurkCrypto or even Crypto Rubble by Russia.

What are they doing ? Setting up a parallel market to the hegemony dollar which nothing except war is backing. So when people say less than 2 Dollar a day, where did they get this info from ? It’s a known fact that GDP can never be used as accurate as possible because of standard of living which is high in some places and low in some states. GNP in Nigeria is mainly service based and it in Naira.

If that policy Buhari started back in the day was followed by the next puppet IBB, Naira would be stronger today against Dollar and pounds. Even Naira may be used as reserved currency in some western african countries. This is just creating demand for Naira since Naija is not an exporting country.

What is killing Nigeria’s Economy are the Banks; another sub puppet institution to the warlord institution, World bank, IMF. The moment the Banks got deregulated, interest rate went up then all the industry started moving out or relocating or died off. Then Bankstars started turning Celebs. Even one of them wanted to contest for Presidency if I could remember very well.

Do you know how many talents you have in Nigeria ? You have over 180 million people. Could anyone ever imagine lack of knowledge or know how is the reason they are not developed ?

No, there are thousands or even millions of Nigerians who have studied abroad, returned and just trying to do something. Do you know why they always die off ? It is because of the Banks and sabbotage.

Let us take Electricity as case Study.
Do people know that Ajaokuta Steel industry when working 24/7/365 days can power about two different states in Nigeria for 25 years non-stop?

Do people also know that the Russians that Built it are handling over Know how to Nigeria ?

Now, here is ths Economic sabotage for over 40 years. By who ? The Emperior. It is like the redline to every puppet installed in Nigeria.

It is a long story of sabotage! Do you also know that if that Ajaokuta Steel industry is working 24 hours, Nigeria will be completely industrialized ?

Do you also know that the deal signed by Russia will never allow such gigantic project be built anywhere else in West Africa and all of them will have to either buy from Nigeria or China ?

Now when the Banks charge 30% interest rate. How do you want a fish farmer for example to grow ? When Feeds consume about 70% cost of raising Fingerlings to Table size ? The rest 30% is given back to the Bank. How do you grow like that ? The same thing applies to those using heads as dredging machines. How can they afford to borrow money, buy the machine if Banks are charging 30% interest rate with collateral.

The Steel industry sabotage.
I wont talk much about this but the fact remains every puppet installed in Nigerian state has served the interest of its puppet masters first and OBJ being the longest and the most useless of that Puppet to Nigerians but offcouse the best to the anglozionist empire.

Those who refuse to ball were killed or assasinated. President Yaradua is one of them. Who was ready to change the game.

Let me remind you of what happened to him, he died a mysterious death in Saudi Arabia. Anglozionist empire permanent puppet, Nigeria’s existential threat from history.

The Question Every Nigerian should ask

Why did President Jonathan continue every project President Yaradua started but did not touch Rosatom deal (Nuclear power plants deal with Russian president when he came to Nigeria) and also continue the Ajaokuta Sabotage by even doing worse, setting up a committee to withdraw the case in London (When it was glarring that Ajaokuta is winning against the Saboteurs) and then putting a debt burden on Nigeria by the senate to pay $500m to a saboteur company that is known in Bulgaria and Libya for doing the samething. A company that was recommended by an American, our warlords that are complaining above Nigerian Scams?? What goes arround comes arround, yes it does but to what % ?

Again, GEJ did not touch both projects (Major projects) and you know what ? He replaced the rosatom deal (A good deal) with mere GE plants. ($10Bil).. and in the end what happened ? Gas sabboatge to the GE plants rendered it useless as we speak. A viscious circle your empire wants you to be in. (Was this the reason they Killed YAraudia cos he was ready to bring naija out and wont ball with the anglozionist empire) ?

What is Nigeria’s problem if not Economic sabotage from her U.S.A warlords or the AngloZionist empire ? You have one of the most Brilliant brains in all works of life. Mention anything you wont find a Nigerian in ? Any merit at all ? The most valuable resource Nigeria has is human resources. What is just needed is a good deal like Ajaokuta deal (with zero foreign interference in its internal affairs) that involved transfer of KNOW HOW into the Nigerian Economy. When Nigeria went to Britain, China , Canada, U.S and Australia. None of them were going to help with the steel industry but Russia did and see what happened ? Sabotage.

To help yourself, try as much as possible to add a deflationary currency to your portfolio for now. Crypto currency, boycott dollar or fiat by every means necessary, this way you are weaken dollar and stop sponsoring of the war or removing of head of states and useless bases arround the globe. FIAT has failed the people. The future is Digital currency, a deflationary currency.

Last thing, the FIAT system or capitalist system is nothing but a pure fraudulent system that only the most corrupt can survive in the system. For Nigeria to get out also needs to check this system and borrow more from a Socialist ideology.

Previous: Lula tells world he’s back in the game from jail
Next: Burna Boy: 90% Of Nigerian Youths Don’t Know About The Real Origins Of Nigeria 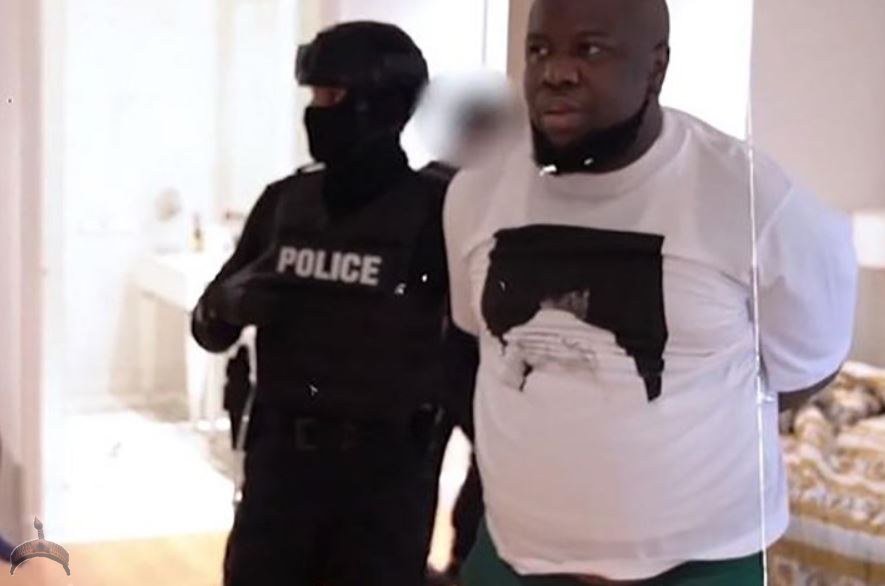 The Dubai Police Force, United Arab Emirates, has revealed how it arrested Nigerian Instagram celebrity, Ramon Abass, aka Hushpuppi. In a video released on its official Twitter handle on Thursday, the Middle-East police said a special team had been tracking the suspect and his gang’s activities on social media for about four months. The police revealed that upon the arrest of Hushpuppi and 12 other members of his crew, it discovered that fraud amounting to 1.6 billion Dirham (N168 billion) ...