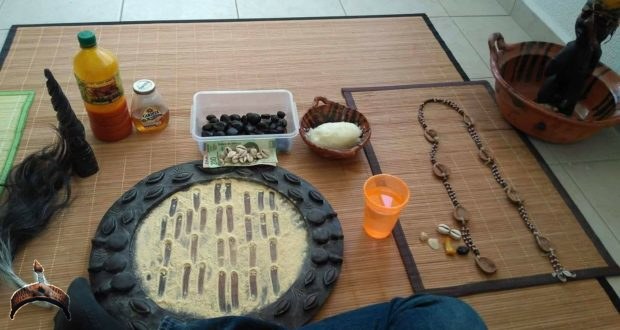 Oodua priests of ifa are known as babalawo (fathers of secrets). Trained from their youth in the rituals of divination, they are masters of a vast corpus of oral literature known as ese ifa often referred to as containing the wisdom of ifa. The role of the diviner (known as a babalawo) is to help an individual or community to see what is in store for them in their day-to-day lives. The training to become a babalawo is an intense process.

There are in principle 256 chapters in the divination process, called Odu, each one contains elaborative narratives of mythic stories related to history, events, ritual practices, etc… Importantly, the Odu is an oral tradition, and thus the babalawo-in-training must memorize all or most of the 256 Odu in order to be qualified to be a babalawo.

The Ifa literary corpus, called odu, consists of 256 parts subdivided into verses called ese, which each corpus consists 200 verses (Ese). Each of the 256 odu has its specific divination signature, which is determined by the babalawo using sacred palm-nuts and a divination String . The ese, considered the most important part of Ifa divination, are chanted by the priests in poetic language. The ese reflect Oodua history, language, beliefs, cosmovision and contemporary social issues. The knowledge of Ifa has been preserved within Oodua communities and transmitted among Ifa priests.

Divination is a ritual performance in which the priest-diviner, the clients, and the social and cosmological order of the Oodua people interact to produce meaningful results to a client’s quest and purpose for consultation. Consultation takes place when a client inquires of the supernatural order concerning problems or issues that are not quite clear to the client. Typically, clients inquire about
illness, auspicious marriages, a planned journey, or choice of the succeeding king. No dilemma or issue is too small or complex in traditional Oodua society to lend itself to consulting Ifa. The rationale for such depth of trust and promise is based in Oodua cosmology and moral order, which entrusted the Ifa deity with the knowledge of all that exists in the universe. Ifa is personified as the all-knowing historian, storyteller, and intermediary between the gods and the people. Ifa represents the people’s intellectual deity and the public relations officer of the Yorùbá pantheon.

The Ifa divination process begins when a client consults a diviner, and the diviner casts the divining chain (opele ) on the divining mat or uses a set of sixteen palm nuts to arrive at a solution. The result of divination is referred to as the Signature or Signs of Ifa, which in principle may be one of 256 possible signs, forming a double tetragram produced by manipulating the sixteen palm nuts of the divining chain. With his finger, the diviner traces the Signs of Ifa, now discernible in the yellow divining powder (iyerosun ) sprinkled over the surface of the divining tray (opon Ifá ). Thus, the diviner pronounces the results, and chanting, he recites the message of the Signature of the Ifa deity who appears in the process. The diviner explains the message to the client, prescribing appropriate sacrifices to be carried out. During long and intensive periods of apprenticeship, which may take from fifteen to thirty years or more, the priest-diviners memorize a comprehensive repertoire of complex Ifa verses.

Ifa divination does not rely on a person having oracular powers but rather on a system of signs that are interpreted by a diviner, the Ifa priest or babalawo, literally “the priest’s father”. The Ifa divination system is applied whenever an important individual or collective decision has to be made.

A divination session between the babalawo and the inquirer involves paying homage to Orunmila and the other ancestral babalawos who had performed successful divinations in the past, saluting the principal powers of the cosmos, invoking the mystical mothers, without whose help the rituals will not be efficacious. Then the diviner engages the inquirer, who takes a coin or paper, touches his forehead, whispers his/her prayers and requests, and asks for the secret behind his problem to be revealed, along with an appropriate solution.

The result of this randomizing process is the Odu divination sign that the babalawo then recites. The client listens and interprets, and then the babalawo gives a solution. Sometimes a consensus is reached in which the babalawo and client agree to do another session in order to make determine if they got the exactly correct answer. The process clearly relies plenty on human interaction, as well as the randomized patterns seen in the palm nuts in the Ifa bowl. 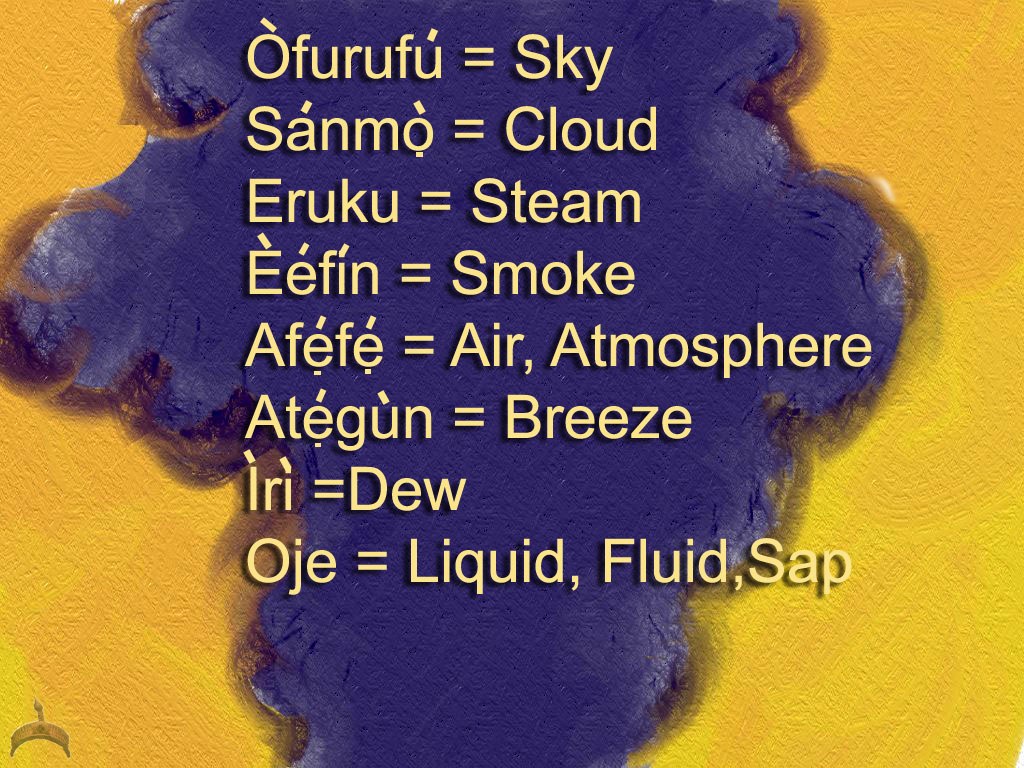