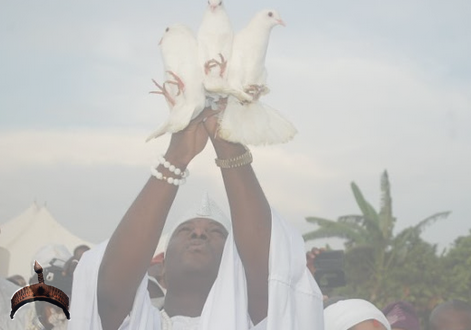 Photos: Ooni Ogunwusi together with Olori Wuraola At Olokun Festival

Posted by: Lolade in Breaking News, Religion Comments Off on Photos: Ooni Ogunwusi together with Olori Wuraola At Olokun Festival

Ooni Ogunwusi joined by his lovely olori Yeyeluwa Wuraola Ogunwusi stated this at the just concluded yearly Olokun customary celebration held at the shrine situated on Olokun road, Oke-Atan territory of Ile-Ife globally acknowledged to be the cradle of Yoruba race.

He clarified Olokun as one of the 401 Gods sent by Olodumare to occupy the pre-beginning esoteric world and Oduduwa’s marvelously rich spouse was and still remains the Goddess of the sea that must be showcased to the world for the foundation of truth about the formation of humankind and tourist-economic potentials.

See more photos when you continue after the page break

Previous: Top 3 Reasons The Naira May Appreciate Against The Dollar This Week!
Next: See major Back in the day Photo Of John Mikel Obi 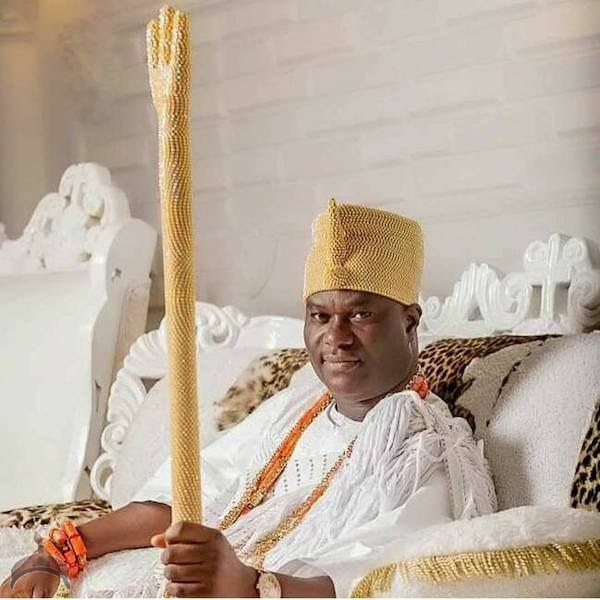 The Ooni of Ife, Oba Enitan Adeyeye Ogunwusi commended the Federal Government of Nigeria for its stand on community policing. The Ooni of Ife also reserved special praises for southwest governors for putting aside political differences in finding a lasting solution to insecurity matters in the region. Speaking on behalf of other traditional rulers at the launch of Operation Amotekun in Ibadan, Oyo State capital, the paramount ruler also explained that he had a discussion with the Alaafin of Oyo ...