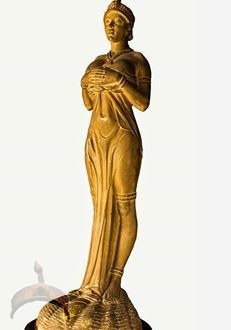 Posted by: ayangalu in Breaking News, Education Comments Off on Statue of Yemoja by artist Abayomi Barber

Yemoja is meditative trance. What is key to understanding it is that trance is a state when you lose partial to full consciousness of the external world and enter a receptive internal state, i.e., programming. Sleep is the perfect example of a state of trance. Many of us enter this state several times during the day, which is why we call it day-dreaming. In IFA: Yoruba Scientific Spirituality, day-dreaming is a natural state we all enter daily and it has an important purpose, which is the induction of the meditative powers over trance. 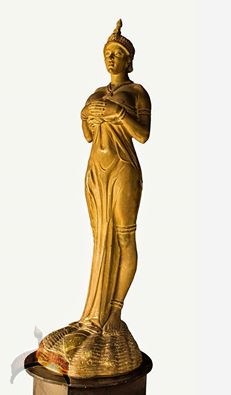 Unfortunately, most of us are in complete disregard for Yemoja and so we go into day-dreaming without directing it for its purpose. Because we neglect to direct its powers, our enemies chose to direct it for us. Of course, they direct it to benefit them, not us. The use of media images, mastered by the great murals of Christian cathedrals, was specifically designed to direct the day-dream trance states of their subjects. Via these images, they controlled the masses’ psyche.
As Europoid technology improved, they created expansive media television and film to perpetuate their mind-programs operating thru the images that direct your day-dream trances. Unknowingly, you are being programed by their media with instructions on how to behave in a way that keeps the enslavers wealthy and powerful. This is why the Europoid race spends such vast amounts of money on media imagery, which results in their power. The African race spends virtually no money on producing their own media images to benefit themselves; instead they consume all of the foreign images and thus we have a world where Blacks literally get joy from benefiting the foreign races at the expense of their own.
The use of images in Africa (misnamed “fetishes”) and the use of ceremonial drumming, were initially used to induce the trance state and to lead the day-dreamer into a meditative program that will benefit the community. This is why we must return to Yemoja, for it is she who brings us the meditative trance that produces all benefits. These benefits are our children. As it is true that fishes have the most children, they are a symbol of communal benefit and thus our mother gets her name Yeye-Omo-Eja (Yemoja), which means “Great mother whose children are (plentiful) like fishes.”

Previous: Walled City of Zinder in Niger, West Africa
Next: The wisdom of Ifa 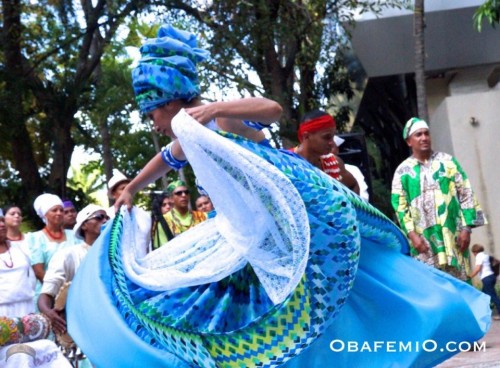 Agbo ato. I am reposting a lecture I gave on Iyaami while I re set my brain to continue the conversation on the deliberate suppression of ocult wisdom A Lecture on Oshun and Gelefun by Awo Fa’lokun Fatunmbi Ara Obinrin Gelefun includes; Oshun, Yemoja and Oya I’m going to discuss the relationship between these three Ifa Goddess Spirits. Let’s start with a breakdown of the words. “Ara” is “body,” “Obinrin” is “Female,” “Gelefun” is made up of three parts. “Gele” ...