Don't Miss
Home / News From Nigeria / Breaking News / “I made a big mistake going into that marriage”- Actress, Taiwo Aromokun 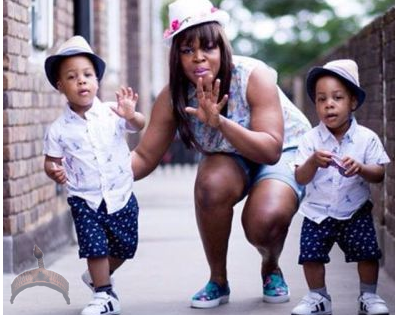 “I made a big mistake going into that marriage”- Actress, Taiwo Aromokun

Posted by: Lolade in Breaking News, The Buzz Central Comments Off on “I made a big mistake going into that marriage”- Actress, Taiwo Aromokun

The well known Yoruba Actress, Taiwo Aromokun has confirmed that her marriage to Holland-based Olayemi Abimbola prominently known as Ogun of Holland has crashed.  The on-screen character and her twin young boy have since migrated to Nigeria from UK since the marriage ended. In a late TV meeting, she unveiled that most imperative things to her now is taking good care of her two children and focus more on her occupation. – 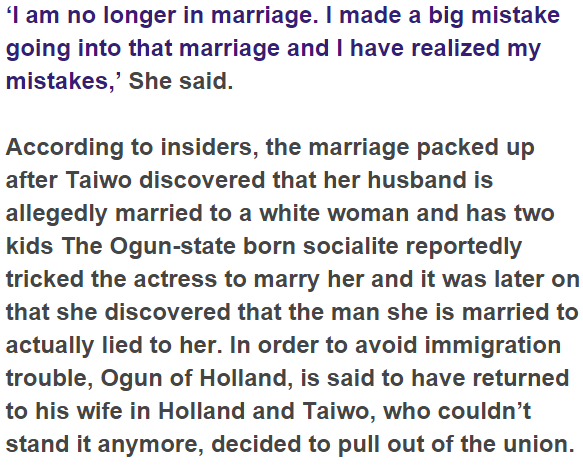 Previous: Child Abuse: Police Arrests Man Who Brutally Abuse His Kids (Photos)
Next: What Is wrong With This Photo? (Man Peeing Version) 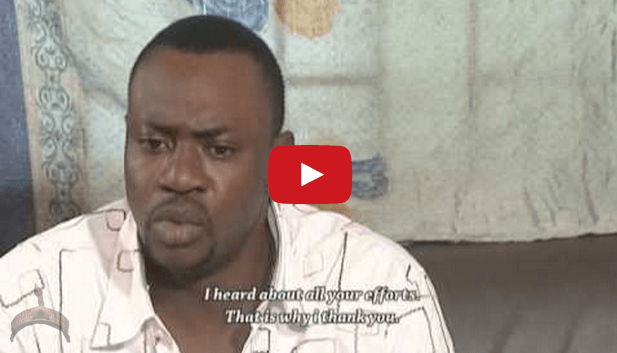