Don't Miss
Home / News From Nigeria / Breaking News / Employee who killed his boss because of rice says, “Our employer was good to us, God made her to die” 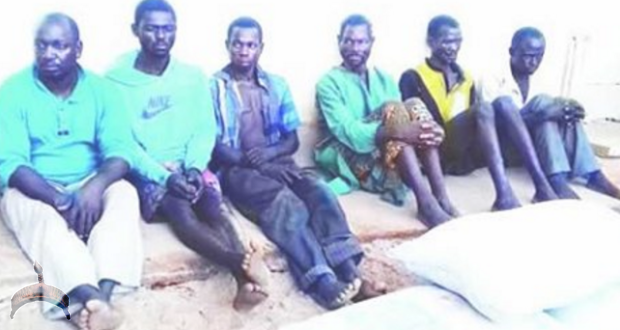 Employee who killed his boss because of rice says, “Our employer was good to us, God made her to die”

Posted by: Lolade in Breaking News, Local News Comments Off on Employee who killed his boss because of rice says, “Our employer was good to us, God made her to die”

Mrs. Florence Ede popularly known as ‘Mama do good’ was a mother-of-four who hailed from Enugu State. She was a food seller when she came to Yashikira, Kwara State in 1985. She later became a commercial farmer after the death of her husband. It was reported that she was killed in her farm, while the money she had on her and some bags of rice harvested on the farm were stolen.

Gomina Umaru, one of her employees who allegedly killed her, said she did not wrong them, stating that they only wanted to rob her, adding that they became sad when they heard the following day that she died as a result of injuries she sustained during the robbery.

He said: “She did not offend us and she did not owe us. She was good to us, we only wanted to rob her, but God made her to die. I regret what we did,” he said. .

The Kwara State Commissioner of Police, Amore, identified other suspects to include Kofi Kawku, Ali Sabi, Ali Dauda, Abubakar Basira and Ayuba Adamu. He stated that the six suspects allegedly conspired and killed Ede with a stick and stole 11 bags of rice belonging to her. Crdt: Punchng

Previous: Journalist & wife of FCMB’s Zonal Manager, Abducted In Benue State
Next: “Made In Aba” Album by Singer Ruffcoin (Buy ABA now, Your own & Be proud)