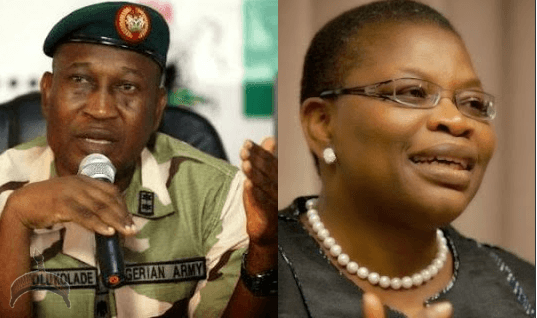 Representative of The Defense Headquarters, Gen Chris Olukolade has conveyed a letter to the convener of the Bring Back Our Girls group, Dr Oby Ezekwesili and different individuals from the group, Mrs Hadiza Bala Usman and Bukky Shonibare, speaking to them to stop what he termed the “disdain and careless hostility” the group has propelled on his individual since the advocacy for the abducted Chibok young ladies began in April a year ago. 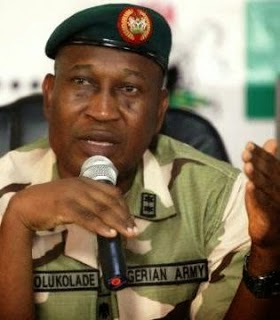 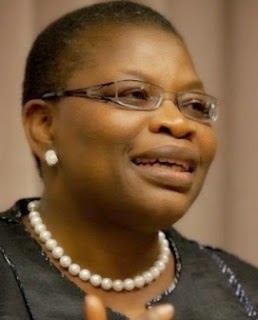 Gen Chris Olukolade, in the letter, expressed that he had a life after the military and would be reasonable for the group to “work only with the end goal of devastating my notoriety and years of submitted and unblemished record of administration to my nation. 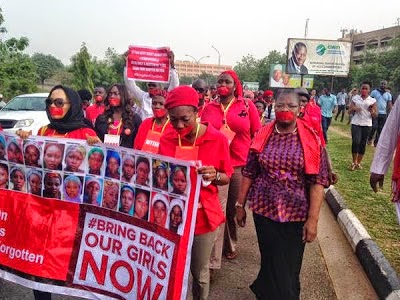 The letter in part reads;

“Being in the forefront of the efforts to disseminate information is a job I do with passion and sense of responsibility. I do not deserve the hatred and mindless antagonism your organization has continued to unleash on me. I certainly have a life out of here and it is unfair to work purely for the purpose of destroying my reputation and years of committed and unblemished record of service to my country. Despite the regular focus and disdainful reference to all communication from me as prompted by those who are so determined to ruin other people’s name and career, I have maintained the restraint required of me both by training and upbringing. Indeed, I am also conscious of the enormous power you wield.

The belief is that your organisation has the determination to ruin the name, career, and reputation of some targeted military officers among whom I have been specifically marked for such cruel treatment. I can only leave such matter to God and the good judgement of people who read or hear you. I am so sure I will enjoy the blessing of being vindicated at last. Meanwhile, I wish your team will consider my point here and spare me and the Nigerian military the undue attacks we have continued to be subjected to in the name of monitoring or calling for accountability.

We call for fairness as against the present campaign that is fraught with calumny and promotion of one man’s malice against us and anything government. I will not be surprised if this appeal draws more or fresh vitriol from your organisation, especially at the prompting of the hawks in your midst who are the disciples of that prominent member and proponent of the malicious campaign. This is more likely, considering the determination and unhidden hatred of those who have been acting with a view to drawing me out for a street fight. I can assure you that I will not react or join issues under whatever provocation. I will be leaving all such sworn enemies to their conscience and God if they believe in Him at all. To you as an organisation, please save your platform from being used to perpetrate this injustice as inspired by the prominent and phony member of your BringBackOurGirls campaign.” he said

Acknowledging that the group and the military can work together to achieve more result to finding the girls, Gen Olukolade appealed to the group to stop its “hate campaign”. He denied claims that the military was engaging in propaganda in any form

“Indeed, there is still room for more merciful and robust engagement or interface between you and the government and security agencies in the drive to secure the return of our girls. Enough of undue hate campaign and antagonism. I have followed your activities with due interest. I personally have nothing against your organisation or its advocacy concerning efforts to recover our girls from captivity of terrorists. I believe that someday, both your efforts and that of the Nigerian military will be duly understood and appreciated. It is unfortunate that some have sought to equate our efforts to give accounts of activities on the nation’s war on terror as propaganda or cover-up. This is not true. We know the difference. The fact is that the battle situation around could be very fluid and susceptible to rapid changes. The situations around the battle could also change accordingly in an inexplicable manner. This trend is also compounded by various perspectives that have been employed to seriously polarise the understanding of the situation along the line of all kinds of sentiments and biases prevailing in the environment. We cannot engage in a shouting match with those who have other motives. We can only try to explain situation to the best of our understanding and available information. The report we present on situations are based on the available information and observance of the elements of propriety, security, policy and accuracy, which has remained our guiding principles. It is really not true as you have been made to assert repeatedly that the Defence Headquarters and myself are the only sources of information on the operation.

The sweeping judgement and insistence that we must do things in a particular way or your claim that we do not follow best practices as well as your remarks comparing our approach to that of other armies is very unfair. Indeed, you must know that no two military operations are the same, and the conduct must endeavour to reflect the realities and peculiarities being confronted in the field. Your allegations or claim that we lack transparency is definitely not well informed neither is it being expressed in good faith.” He stated that no one was being restrained from going to the restive areas to carry out their independent verification of facts presented by the military.

He said the only concern of the military is the safety of anyone who wish to carryout such exercise “Be assured that nobody has been restrained from accessing the mission area in the ongoing operation except when there is clear case of undue interference with safety and operational environment. Infact, occasionally, we conduct the media on tour of the operational area. Our concern remains the issue of safety for anyone in search of information. Much as we want to assist genuine seekers of information, we do not feel obliged to devote scarce resources to satisfying the fancy of pleasure seeking adventurers or the curious and mindless critics who just want to roam around with questionable motives. We should not be blackmailed into compromising the security of information and operations in the name of undefined idea of transparency. We have strived to keep the populace informed in the best way possible in the circumstances we find ourselves.”