There are two people claiming to be Putin on twitter. The first one is @Putin while the 2nd one is  @PutinRF_Eng 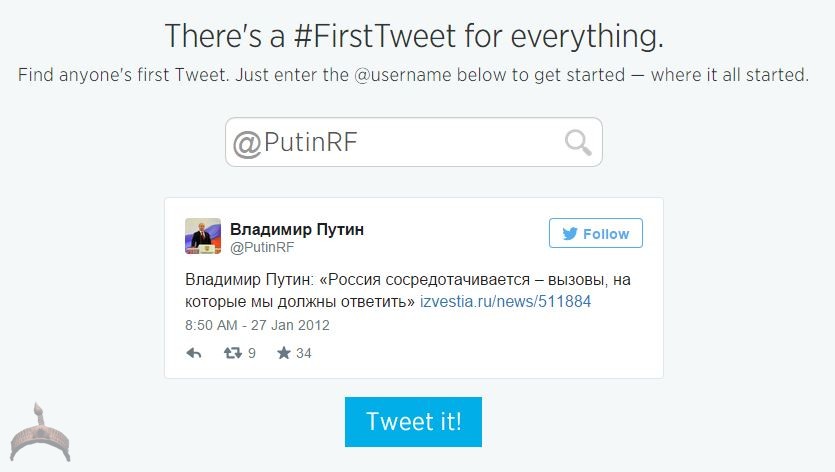 Now see the fake tweet from fake Putin user on Twitter.. I am guessing one Igbo boy lol.. 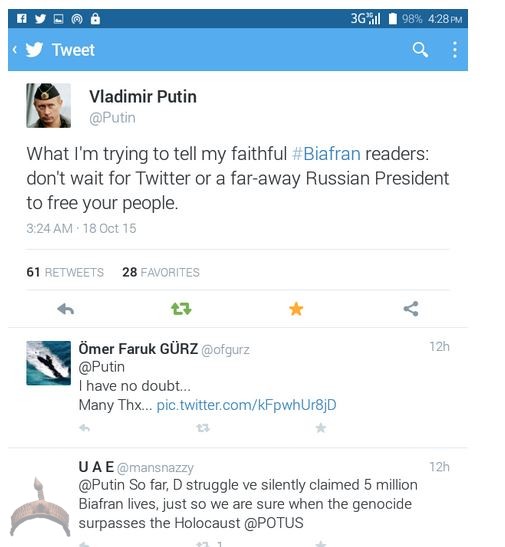