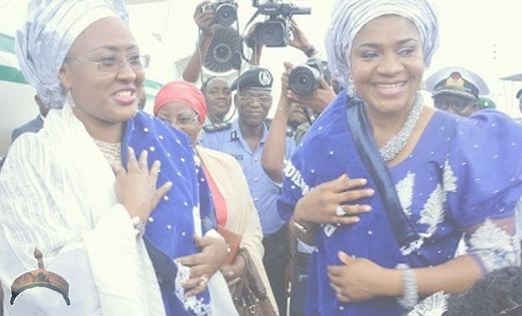 Posted by: Lolade in Breaking News, Local News Comments Off on Presidency finally reacts to Fayose’s claim on Aisha Buhari

The Presidency has dismissed as laughable the desperate attempt by Gov. Fayose of Ekiti State to link Aisha Buhari to William Jefferson’s bribery scandal.

Reacting to Fayose’s allegations in a press statement, the SSA to the President on Media and Publicity, Malam Garba Shehu, said ordinarily the presidency would have ignored Fayose because he is a man “childishly obsessed with the desire to grab the headlines and insulting people at will because of his incurably boorish instincts.”

Shehu explained however that the presidency chose to respond for the sake of innocent Nigerians who might be misled by Fayose’s shameless and blatant distortion of facts. He said ignoring Fayose carries the risk of giving traction and credibility to outright and brazen falsehoods inconsistent with the status of anybody that calls himself a Governor or leader.

According to Shehu, Aisha had no direct, indirect or the remotest connection with the scandal. He challenged Fayose to tell Nigerians if the so-called Aisha was the same Aisha married to Pres. Buhari, or if the Aisha of his idle imagination had any relationship in whatever form, with Aisha. .

He also challenged Fayose to produce evidence from the records of investigation and subsequent trial of Jefferson to prove that Aisha was in anyway linked to the scandal. He explained that common names alone are not enough to automatically link innocent people to crimes or scandals, especially in an era of identity thieves.

He further challenged Fayose to show proof when and where Aisha was invited for interrogation in connection with the scandal, let alone indicted for a crime locally or abroad. Shehu added that free speech does not entitle Fayose to falsely accuse innocent people of crimes they knew nothing about.

He warned Fayose that Aisha is entitled to protect her reputation from being recklessly maligned, adding that political opposition is not a licence to attack people’s reputation brazenly without legal consequences.

Previous: Photos: Aisha Buhari gives out Ramadan packages to the less privileged in Kebbi State
Next: See back in the day Picture Of Falz 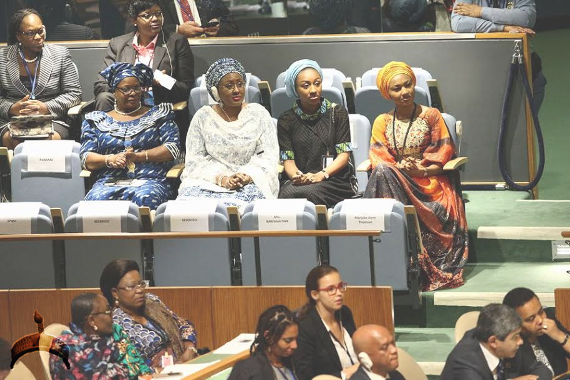 Aisha Buhari Pictured With Her Daughters At UN General Assembly

Mrs Aisha Buhari is pictured with her daughters Halimat and Zahra listening while President Buhari was talking to World Leaders at UNGA 71 in New York, recently September 20th.