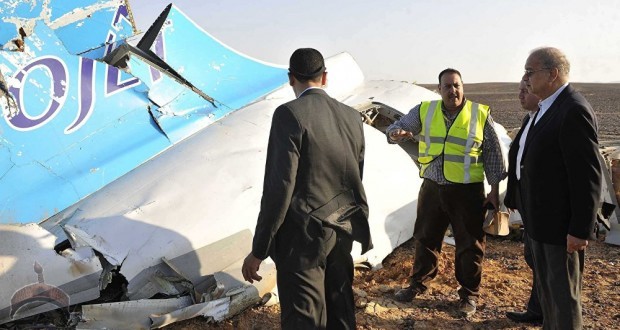 Egyptian Minister of Civil Aviation Hossam Kamal said that the Russian pilot did not ask for help before “the aircraft disappeared from the radar suddenly.”

CAIRO  – The pilot of the Russian airliner that crashed in the Sinai Peninsula did not request assistance from the air traffic control at Sharm El-Sheikh airport before the incident, Egyptian Minister of Civil Aviation Hossam Kamal said Saturday.Egyptian sources were quoted as saying earlier the Airbus-321 flight 9268 pilot requested help from air traffic controllers due to technical difficulties. The airliner with 224 people on board disappeared from radars 23 minutes after takeoff en route to St. Petersburg.

“The air traffic controllers’ communication with the Russian airplane was carried out normally until the disaster,” Kamal said at a press conference.

The minister added that the Russian pilot did not ask for help before “the aircraft disappeared from the radar suddenly.”

A Kogalymavia spokeswoman said earlier the pilot had 12,000 hours of flying experience and the plane had been fully serviced.