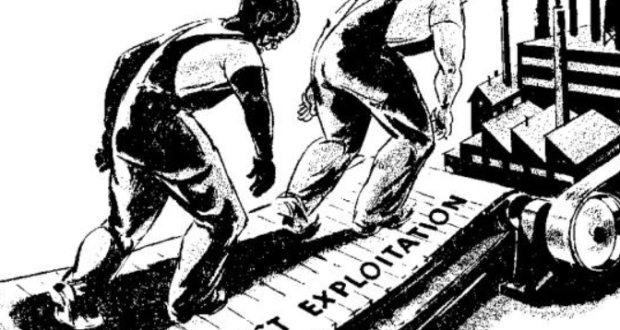 The end of French artistry: ‘Labor capitalism’ comes to France in 2018

Posted by: BalogunAdesina in World News Comments Off on The end of French artistry: ‘Labor capitalism’ comes to France in 2018

by Ramin Mazaheri for the Saker blog

Or at least artisans. And many of them are, but the calculating technocratic mindset cannot even conceive of what it means to truly be an “artisan” at anything.

The calculating capitalist mindset might be capable of thinking of what art he or she could craft…which could make them money.

But French President Emmanuel Macron is no artist because his domain is politics, and politics is too imbued with the preservation of sacred values and societal values to be subject to a savant’s plaything. Macron is now an over-the-hill political savant, after recently turning 40, but at least he’s a king in his old age. Or rather, a queen – to EU imperial master Germany.

Perhaps because Macron gave up his serious artistic goals at an early age – with a smutty, juvenile rendering of the story of his statutory raping by his former high school teacher/current wife – he is inexorably steamrolling his way to turning France into a nation of miniature capitalists.

This means France is following “labor capitalism” – the model of the US, the UK and Germany, or the “Anglo-Saxon world” (to use a French phrase detested by Anglo-Saxons).

The goal of labor capitalism – popularised by Margaret Thatcher (who called it “popular capitalism”) and typified by the 401k “pension fund capitalism” which George W. Bush failed to fully implement (in a sense that “weapons were not fully implemented” in a war which does not feature a nuclear bomb)  – is to make workers choose policies which prioritise their personal bottom lines, instead of society at large or their fellow class.

Thus, to all questions of economic management: it is no longer politics, but business, stupid.

But the average French artisan – the school teacher who can learn up the most unwilling adolescent, the government worker who knows the rules so well they can actually help your grandfather get his health care costs comped – is doing their daily work motivated by values which are totally uninterested in capitalism, i.e. in making profit. Hard to believe for many, I know….

French society has never been designed to make “miniature capitalists”: French society has been designed to make “miniature Frenchmen” – whether in France, Lebanon, Algeria, Indochina, Polynesia, Madagascar, etc. Yes, these Frenchmen are also clearly imperialist-capitalists, but they are firstly “French”, and that is a genuine difference with the Anglo-Saxon model. (Many in the aforementioned countries may rightly wonder why I am apparently implying that the French model is the superior one….)

“Labor capitalism” is an oxymoron because the mindset and values of those classified as “labor” are antithetical to those of capitalists. The former is doing honest work: the latter are (mostly) just profiting off the sweat of the former as well as inherited, poorly-taxed, riches.

But the goal of “universal neoliberalism” – which, over the evolution of two centuries of modern capitalism, has proven to be the dominant form for nearly 40 years now – is to export the capitalist mindset down to the 99%.

A key cultural ploy to achieve that is actually promoted by the most brutalised, segregated, forcibly-dominated minority in the world – Blacks in the United States: their rap songs are the greatest paeans to “labor capitalism”, promoting to the world’s youth the idea that life is all about hustling, that life is a jungle, that money, power, sexism and unchecked aggressiveness are worthwhile societal goals. This is not the Blacks’ fault: they are not permitted the chance to allow any other ideology to flourish. Heck, they weren’t even allowed to own drums for centuries, so I doubt they are permitted “subversive” anti-capitalist ideologies

France does have rap (the horror, the horror!), but they are not yet prepared for 401k capitalism. However, 2018 begins with accolades from the BBC, the Economist and many other capitalist-imperialists for the resolute route Macron has already taken and will take.

I will quickly sum up his ingenious and obviously dastardly plan: gut the labor code, making your job more risky and less desirable, and then gut the unemployment system, ending your incentive to leave your increasingly-lousy job.

Create mindless, isolated, miniature capitalist serfs yoked to their machine…watch profits increase. This is the same as in 19th century French silk factories, no?

If you think I am exaggerating: The first part of the plan was already implemented. It was implemented in a resolutely undemocratic fashion which earned Macron entry into the new Western breed of “liberal strongman”; Macron’s similarly-despised plan to overhaul the unemployment system will be the nation’s focal point in the coming weeks and months.

So, uh, it’s nearly here. When it is fully arrived, you can bet that Macron will receive even more Anglo-Saxon plaudits. Heck, he will even receive Chinese plaudits for welcoming their low-cost goods even more. But, given the certain long-term results which 40 years of neoliberalism has generated, he will not receive French plaudits when re-election time arrives in 2022. Macron will join the “one-and-done” club with Sarkozy and Hollande, and all three will be remembered as tools of the EU’s cannibalistic neo-imperialism in “popular histories” and as courageous reformers in “mainstream (1%-promoted) histories”.

But wait, there’s more! “Labor capitalism” is more than just a mindset, after all….

Promoting debt is the practical way miniature capitalists can virtue-signal what hip hustlers they are: that’s why “labor capitalism” encourages labor to take on as much debt as possible via buying homes, cars, university degrees, big-screen TVs in every room, IMF bailouts, etc. In capitalism one gains entry into the middle class via the privilege of taking on (compound interest) debt, of course.

The apex of this lifestyle is to invest in the stock market – then a “laborer” truly becomes a capitalist! Of course…their level of stock ownership is so minimal that they have absolutely zero say in how the company/country is run. However, stock ownership means the miniature capitalists now truly care the most about profit, too – after all, they have tied their futures to the health of stock market.

Amazingly, nearly half of the United States population owns stock. Or, as that is inversely and lamentingly reportedin their capitalist media: “Nearly half the country has $0 invested in the market….”

In France that number is just 7%…but Macron will teach them.

But Rome wasn’t built in a day, and they didn’t start at the top, so there are other necessary steps to take first:

After the unemployment system gutting, will come the wave of privatisations of state-owned assets. Then they will be “sold” to the consumer/citizen/labor in the form of feckless Thatcherite capitalism. Then they will become the “masters of their own futures” by pushing 401k-style capitalism. Will Macron make it this far? Time will tell.

The coming months in France will center around the changes to the unemployment system, and a long winter could mean few with the belly-fire to protest…not that liberal strongmen give a whit for public opinion of course – this has already been repeatedly proven by Hollande and Macron. The most controversial unemployment “deform” is: reject 2 job offers from the government job centre…and you lose all your “benefits” (i.e. what you have already invested into the system via your taxes).

Serfs yoked to the land/machine…ah, the Western model of “universal values”!

But to the capitalist/neoliberal/imperial/American mindset – they have been thinking about the wrong things, and thus France’s allegedly “talented 10th” aristocracy have promoted Macron and identity politics, which is the opposite of socialist solidarity.

“Labor capitalism”…well, at least we’re all “alone together”.

The French model is soon to be “found missing”, but that’s “seriously funny”, to Anglo-Saxons. Unskilled workers will soon be the “living dead”, taking “working holidays” so that the 1% can take the “larger half” of the profits. Of course, this is just an “unbiased opinion” from someone who is “clearly confused”, and this column wasn’t even an “original copy” but an “exact estimate” and “genuine imitation” of smarter economic thinkers! Meh…”same difference”…and sorry for prattling on for those to whom this is all “old news”.

Ramin Mazaheri is the chief correspondent in Paris for PressTV and has lived in France since 2009. He has been a daily newspaper reporter in the US, and has reported from Iran, Cuba, Egypt, Tunisia, South Korea and elsewhere. His work has appeared in various journals, magazines and websites, as well as on radio and television. He can be reached on Facebook.

Previous: Turkey invades Afrin: the Kurds lose again
Next: The War on Men (and women, and kids, and families and nature and even God imnsho!) 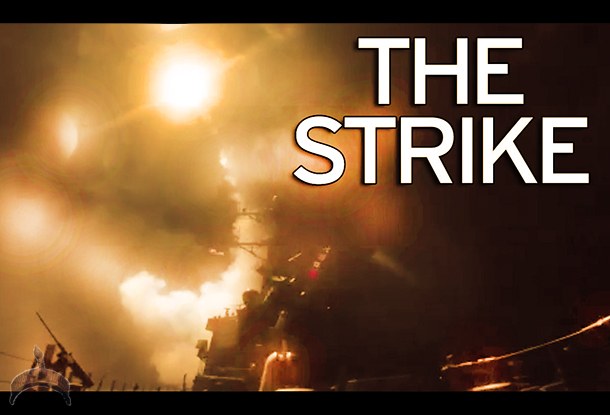