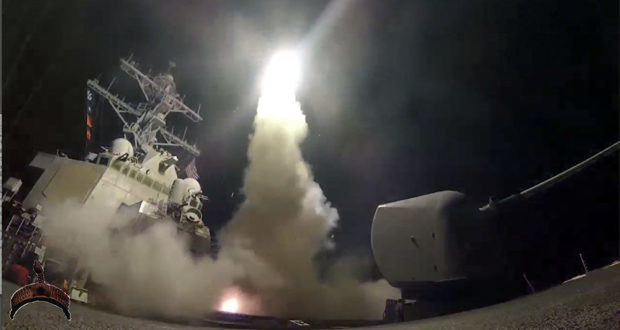 Posted by: BalogunAdesina in World News Comments Off on Hezbolla warns that the USA have ‘crossed the red line’ and that Hezbollah will respond to any US aggression

If I was the US President, I would take that threat very, very seriously.  But then, I am a wimp.  Trump is tough guy…

A story that came up overnight, regarding a “Hezbollah statement.”

Here’s what RU embassies actually put out — no red lines or threats of retaliation mentioned:

And here’s the text of the Russia-Iran statements from the Putin-Rouhani phone call:

Southfront mentions this with caveat.

“MOSCOW (Sputnik) — On Sunday, Reuters reported, citing a joint command center allegedly comprising the forces of Russia, Iran and militias supporting Assad that the recent US missile attack against the Syrian Ash Sha’irat airfield had crossed “red lines.” According to the media outlet, the allies would respond to any new aggression and increase its support for Damascus.

“We are not aware about that, we cannot confirm that and we do not know where Reuters got this and where these anonymous sources appeared from again,” Peskov told reporters.”

The following is what the Kulak wrote to us:

‘Not just fake news likely deliberate tricking/targeting of ZeroHedge, and above all, Matt Drudge who took the Cold War 2.0 chill click bait. Reuters has published Kiev disinformation re their troops reaching Lugansk before, in August 2014.‘

I think that the Reuters cooked this up to see who re-posts this info for their database of the “fake news sources.”

If I find something new on this I will post it here.

Previous: Ojo Aje (day of money)
Next: Nigerians come for Drake As He Congratulates Wizkid On “Come Closer” Video