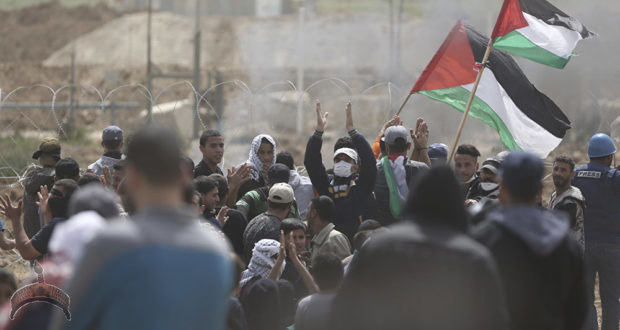 Posted by: BalogunAdesina in World News Comments Off on Israel, Hamas Agree to Restore Peace in Gaza Strip – Reports

Israel and Hamas have agreed to restore calm in the Gaza Strip, a spokesman for Hamas told Reuters on Saturday.

“With Egyptian and United Nations efforts it has been agreed to return to the era of calm between (Israel) and Palestinian factions,” Hamas spokesman Fawzi Barhoum was quoted as saying by Reuters.

The Jerusalem Post reported on Saturday that Israel and Hamas have agreed to cease fire in the Gaza Strip after a day of cross-border hostilities, adding that Palestinian armed groups in the enclave confirmed their willingness to bring back peace to mediators in Egypt.

“Egyptian and international efforts have brought a lull in fighting between the occupying forces and Palestinian groups,” Barhum said.

Earlier in the day, Israeli forces unleashed a series of strikes on more than 40 Hamas military targets in the Gaza Strip.

“Israel’s military said its aircraft and tanks targeted 40 Hamas posts and that the strikes formed part of a ‘wide-scale attack’ in response to the border shooting,” IDF’s Jonathan Conricus tweeted.

Hamas responded by firing three rockets back at Israel. Two of them were downed by the Iron Dome air defense system.

The Israeli soldier was shot at and severely injured by militants during “operational activity” near southern Gaza. He later died of his wounds, prompting the Israel Defense Forces to retaliate.

The IDF also said on Twitter that among the 25 targets it had engaged was a Hamas battalion headquarters in Khan Yunis. The attack wiped out its command and control capabilities, the Israeli military claimed.

On Friday, Palestinian President Mahmoud Abbas urged the international community to immediately intervene to quell the new escalation between the Israelis and Palestinians in the Gaza Strip.

Friday’s escalation has already claimed the lives of at least four Palestinians and one Israeli soldier, according to separate reports by the Gaza Strip Healthcare Ministry and the IDF.

Previous: Oshiomhole: Obasanjo Wants Another Term Through The Back Door
Next: Hezbollah at War (3): Missiles on Haifa (July 16, 2006) / Saudi Arabia Unmasked 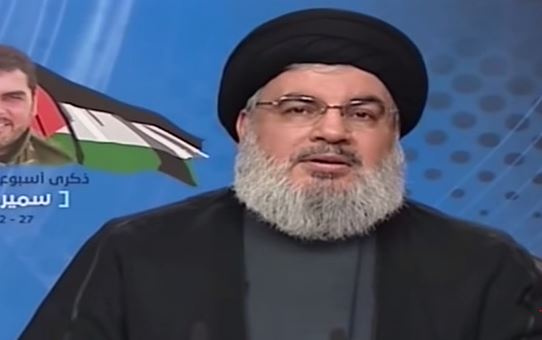 Speech by Hezbollah Secretary General Sayed Hassan Nasrallah on June 8, 2018, on the occasion of the International Day of Al-Quds (Jerusalem). Translation: unz.com/sayedhasan Transcript:   […] Today, Al-Quds (Jerusalem) and Palestine, as Imam Khomeini wanted when he instituted the (International) Day of Al-Quds, became a cause of (Islamic) dogma, a cause of faith, outside the (opportunistic) area of ​​politics and the political bazaar, they became a cause of dogma, faith, humanity, truth, values… Young Palestinians (in Gaza) go out (demonstrating) ...