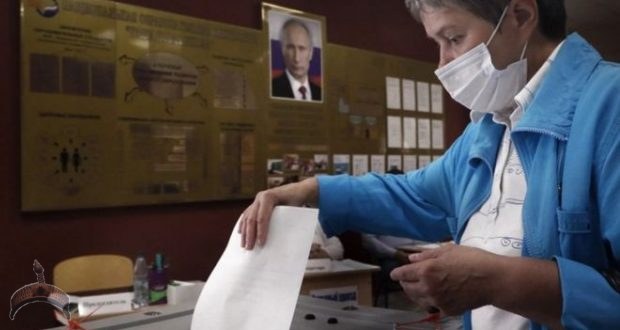 On July 2nd, 100% of the vote on the referendum in Russian for amendments on the constitution was counted.

There was not a single district that voted against, with the closest being in the Republic of Sakha (Yakutia), which had a turnout of 50.4% and results 58.34% in favor and 40.65% against.

In the week beginning on July 6th, Russian parliament will begin work on implementing the amendments to the constitution, the chairman of the Federation Council Committee on Constitutional Law Andrei Klishas said.

“Parliament will begin work on laws next week to enforce the constitution,” Klishas said.

He noted the convincing support by the Russians of amendments to the Basic Law.

“A convincing victory for supporters of a strong social sovereign state. Voting took place without serious violations,” the senator said.

The Kremlin spokesperson Dmitry Peskov said that the vote was considered a triumph.

Russian Prime Minister Mikhail Mishustin said that the result of the vote posed new challenges for the government. According to him, results of the vote on amendments to the Constitution confirmed the support of the country’s development course proposed by the president. This, in itself, poses new challenges for the government and strengthens the responsibility of each member of the Cabinet, the Russian Prime Minister said.

In a direct appeal to Russians just before the final day of the vote – July 1st, Russian President Vladimir Putin said they were voting for “stability, safety, wellbeing and a decent life”. He also did not mention that the vote would allow him to return to power for a fifth and sixth term, if he chooses.

Western media wasted no time in reporting that the vote was, basically, a sham, such as the Guardian’s report on the matter:

“The results will allow the Kremlin to say that a vast majority of Russians back Putin’s continued rule beyond 2024, the year that until now marked the end of his fourth and final term as president. Ads for the vote barely mentioned that it would reset term limits for Putin.

In a single up-or-down vote, Russians also chose to support a package of amendments that include pension and minimum wage boosts, a modest reorganisation of government, a constitutional mention of “faith in God”, a ban on gay marriage, exhortations to preserve Russian language and history, and a ban on top officials holding dual citizenship.”

According to the outlet, the vote was also with “made up” rules:

“Meanwhile, officials appeared to make up the voting rules as they went along. Hours before polls closed on Wednesday, Russia’s elections committee released preliminary results for the vote, showing that 73% of Russians had supported the amendments.”

A lot of criticism is aimed at the online part of the vote and that it lasted an entire week, which meant that there was a limited paper trail and this alone created various possibilities for abuses. 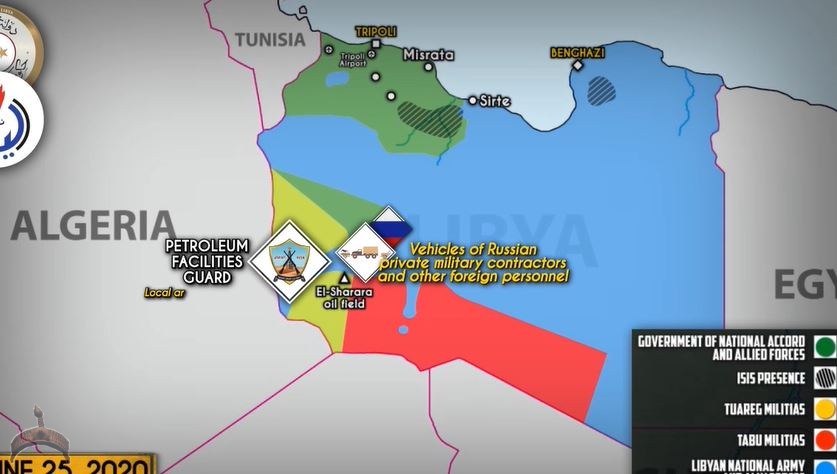 Washington is concerned by the growing Russian influence in Libya as Turkish-led forces are preparing to storm the port city of Sirte, controlled by the Libyan National Army. On June 26, the US embassy in Libya released a statement claiming that it condemns a “foreign-backed campaign to undermine Libya’s energy sector and prevent the resumption of oil production.” The statement said that the US shares the “deep concern” of the National Oil Corporation affiliated with the Turkish-backed Government of National ...