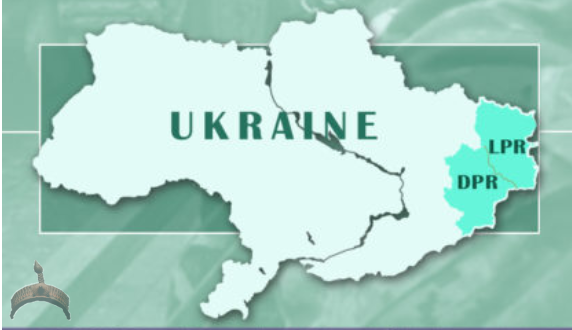 Despite any claims of the Ukrainian government and its president Volodymyr Zelensky that the aim in Eastern Ukraine is to reach peace, numbers stand to prove the opposite.
On September 7th, the 35 for 35 prisoner swap between Russia and Ukraine took place, with some calling it a “tectonic shift” in relations, and a step towards peace. Regardless, activity between the Donetsk and Luhansk People’s Republics (DPR and LPR) on the one side and Ukraine on the other are on-going.
As per previous times, the Ukrainian Armed Forces claim that all hostilities are warranted since they are in response to those of the DPR and LPR.
The previous report presented a timeline of activity starting from August 9th until September 1st. In the period Ukraine claimed that the “harvest ceasefire” agreement had been breached 258 times, with it losing 5 soldiers and having 14 wounded.
In the following period, between September 2nd and September 11th, Ukraine reported that it had been attacked in breach of the agreement 127 times. As a result, it lost 4 soldiers, and 14 were wounded.
For all the sides September 11th was a day on which the intensity of attacks was upped. Ukraine lost 2 soldiers and 1 was wounded in 18 attacks. On the previous days, 6 Ukrainian personnel were wounded in 6 attacks.
On September 2nd, Unian reported that an unnamed Ukrainian Armed Forces officer had claimed that the DPR and LPR had lost 40 soldiers, while 55 were wounded, not specifying which side lost what. This also remains in question, since neither side usually reports on their losses.
In total, between August 9th and September 11th, Ukraine reported that it had been attacked in breach of the “harvest ceasefire” agreement 385 times and lost 9 soldiers, while 28 were wounded.
The DPR, between September 2nd and 11th reported that the Ukraine Armed Forces breached the ceasefire 126 times, and it didn’t report any of its personnel or civilians were harmed.
Hrylovka continues to be the most heavily targeted region.
In the previous period, between August 9th and September 1st, the DPR said that the UAF breached the “harvest ceasefire” agreement 255 times.
On the side of the LPR, activity there was scarce, but it is still significant compared to the complete lack of activity shortly after July 22nd when the “harvest ceasefire” agreement was established.
The LPR came under attack 19 times by the UAF, while only on September 8th it reported that any civilian structures were damaged, and nobody was harmed in the incident.
In the previous period between August 9th and September 1st, the LPR came under attack 44 times.
The OSCE on its part, through its daily reports shows variable numbers of violations, sometimes more, sometimes fewer. But there are never days without violations.
On September 10th, the OSCE SMM reported that a civilian woman had been killed by an explosive device in Spartak.
On September 7th, a civilian woman was injured in Luhansk.
Essentially, the OSCE noted that despite the “harvest ceasefire” agreement, the situation remained tense, weapons were still present beyond the withdrawal line for both the government forces and the DPR/LPR, as well as more weapons were being delivered.
In all of the reports it appears that Ukraine is deploying more weaponry than the DPR and LPR are.
Ukraine 2019-09-12
BalogunAdesina