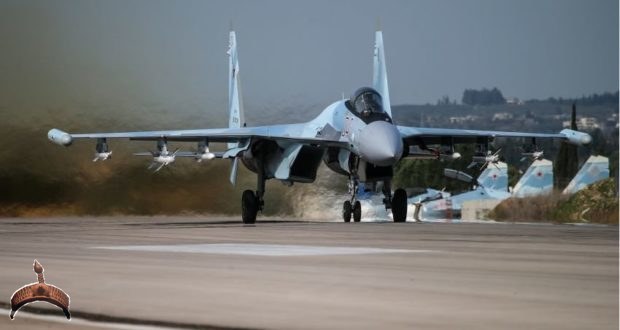 Posted by: BalogunAdesina in World News Comments Off on Russian Aerospace Forces Significantly Expanded In Southern Russia Amid Escalation In The Middle East

Russian news agency Interfax with reference to the Russian Ministry of Defense reported on August 27 that Russian military aircraft units of the Western and Central Military Districts have begun relocating to the operational airfields of the Southern Military District.

Video of the deployment:

They are taking part in global snap exercise to check the tactical efficiency of the Russian Military Force. The aircraft units consists of fighters and bombers, besides they also include attack and military transport helicopters. They are carrying out flights at the distances from 500 to 2500 kilometers.

Il-76 planes of the Russian military transport aircraft carry out the relocation of technical engineering military transport aviation staff, airfield hardware and special equipment. They allot the united task force and already started to fulfill tactical missions. It was reported earlier, that a military aircraft of fighters and bombers from the Western Russian Military District was relocating to the south of Russia. A group of MiG-29M fighter planes landed at one of the airfields in Krasnodar Krai, a group of Su-34 strike fighters was relocated to the Republic of Crime and several interceptors MiG-31BM were deployed in Rostov Oblast.

The main aim of these tactical maneuvers is likely to be connected with the growing threat in the South Caucuses and the Middle East. Besides, according to experts, the situation in Turkey tends to become worse due to events near the Syrian-Turkish border. Russia is obviously preparing its military forces for any possible scenario.

Previous: Hezbollah Leader explains why Syria & Assad are crucial to Middle East war – English Subs
Next: Aleppo City – Before And After ‘ Arab Spring’