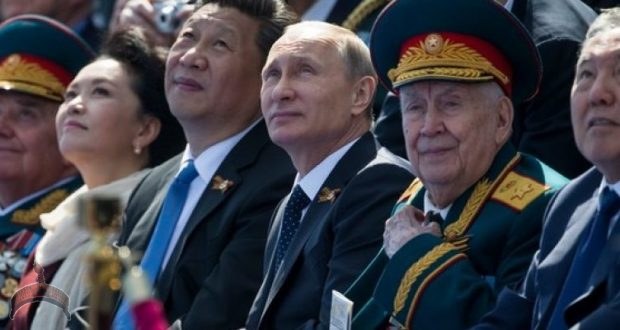 Posted by: BalogunAdesina in World News Comments Off on SITREP: Zhongnanhai, 10-8-2019 – The Real Hot War Against the Chinese Peoples Republic

by Larchmonter445 for Ooduarere via The Saker Blog

What the US just did regarding Human Rights in Xinjiang, blacklisting companies used by the China government and refusing visas for officials is pretty close to a last straw.

Combined with financing, training and leading the HK protests, arming Taiwan with high level weapons systems (F-16s), and destroying the global supply chains, restricting export of semi-conductors, attacking Huawei all over the globe, imprisoning CFO Meng Wanzhou in attempt to extradite her for US trial, the Chinese have no doubts that the “deal” is pure extortion. It’s not about negotiations. It’s about coercion and submission. and humiliation.

I’d say the odds of a deal are now one hundred million to one, on the low side.

And if Trump does not get the USMCA through Congress this year, he will have nothing but the Japan deal to talk about. The economy will sag. And if China works hard to hurt the US economy once the break actually happens, a Recession is almost certain.

Combined with endless war everywhere and no “deals” in the ME, NK, China, Ukraine, North America, his foreign policy and economic policy is dead, an abortion.

For the tenth time he says we are leaving Syria. And immediately the Pentagon and all the neocons said no, and no is the actuality.

China is a nation under war. Not a threat of war, real war, aimed at destroying its territorial sovereignty and its economy.

The CCP has been targeted directly as human rights criminals.

They can’t negotiate under these war conditions. Now the US will restrict capital flow investment from pensions funds going into listed on the Stock Market corporations. So, the US is attacking the biggest Chinese corporations, trying to strangle them as it has with ZTE and Huawei. Total WAR.

No Chinese citizen doesn’t understand what is going on. They are unified that the US is trying to destroy what they built in the last 40 years. And they perceive it as racist, also.

It’s a recapitulation of centuries of racist imperialism.

The reason the Chinese have stated their strategic relationship and acted in coordination with Russia, more and more every day, is their sense of need of Russia’s titanium spine against the Hegemon. China knows it is not strong enough to handle the storm.

Previous: Naija Gist Special: Can of Worms. #sexforgrades
Next: “Polexit”: Poland As Lynchpin Of Us Central European Strategy

The donation to African countries by Jack Ma, founder of Alibaba Group, has arrived Lagos amid the coronavirus outbreak. This came as Nigerian billionaires including clerics, politicians and businessmen, were yet to individually or collectively announce plan to assist Nigerians. The medical supplies landed Tuesday afternoon via an Ethiopian Airlines flight. The shipment included 5.4 million face masks, 1.08 million detection tests kits, 40,000 sets of protective clothing and 60,000 sets of protective face shields. General Manager, Ethiopian Airlines office in ...