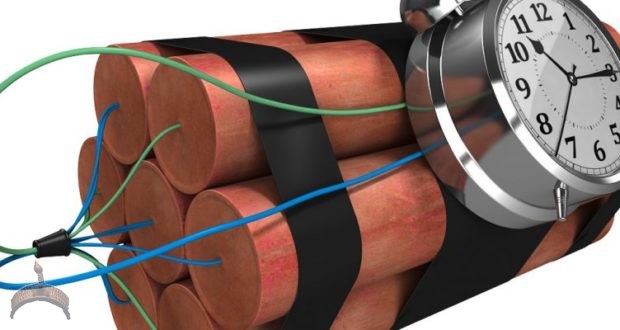 Posted by: BalogunAdesina in World News Comments Off on The Ticking Time Bomb

This comment was chosen by moderator HS from the post “Is President Trump A Traitor Because He Wants Peace With Russia?” . The moderator felt the comment was quite interesting and had some unique insights into the Helsinki press conference.

Hello from Russia.
I have a feeling whether people do not hear what Putin says, whether they do not understand what he says or his words are deliberately translated not completely or not correctly.
1) at the press conference sounded a bomb that few people heard and few understood in the Western part of the planet:
“I mean the high-profile case, involving [Bill] Browder’s Hermitage Capital company. According to our investigative officers, a group of people – Mr Browder’s business partners – who illegally made over $1.5 billion in Russia did not pay taxes either in Russia or the United States but transferred this money to the United States. They contributed $400 million to Ms Clinton’s election campaign. This is official information included in their reports – $400 million. Well, it was up to them, they might have done this legally, but the gains were ill-gotten.
We have grounds to suspect that US intelligence officers supported these illegal transactions. This is only one step forward. We can talk about expanding our cooperation. You’re welcome, there might be options that are provided for in the appropriate intergovernmental treaty.” (V.V.Putin)

Do you even understand what those words mean? Putin essentially gave Trump 4 aces to solve all the problems within the United States and the destruction of the entire military lobby with the result of life sentences and death sentences of all his opponents, who are also Putin’s opponents. These words mean that Russia has proof that the election company Clinton was funded with dirty money. As these words mean what is up with these dirty money liberalise laws on sanctions against Russia and other laws against trump and so on.
If trump has the strength and intelligence to play the right game, he can ignite a fire that will simply set fire to the entire American elite. And he now needs to be very careful not to solve the issue as with Kennedy.

2) Putin is well aware of who he is dealing with. The presence of the Russian Deputy General staff in civilian clothes at the talks confirms this. It was also explained to Trump through Bolton at a meeting in Moscow, which was attended by Shoigu. Shoigu is one of the closest to Putin people, a person whose opinion and assessment are very important for the President, he never ignores them, he did not go to Helsinki for one simple reason, there was no similar person from the American side. You understand one Putin is trying to do everything so that cleaning in America was carried out by the Americans themselves, he gives a chance. Putin is the greatest politician of our time and he understands perfectly well that war is bad, from it first of all innocent people suffer, and in the case of a thermonuclear war millions of them will die.

All signals were sent to all parties: Israel in the form of a recently shot downed aircraft, America in the form of parts of the shown new strike systems of weapons and salvo launches of ballistic missiles from a submarine. Russia does not want war we value peace more than anyone else, because better than anyone we know what a war of annihilation is, but it does not mean that Russia is not ready for this war and will not fight if necessary. I have already written about it earlier in the comments to one of the articles very reasoned and on the points.

I respect the author of this article for his opinion and assessment, they are often very close to the truth, with one exception, he does not understand The Russian mentality and he unfortunately does not understand Putin, at least what our President says, and he, by the way, unlike many other politicians knows the price of every word. I think yesterday, after his words that I quoted above in the US, many people drank heart pills or poison, because yesterday was not just a signal, yesterday there was thunder.

Again, sorry for the bad English, I rely on the translator.