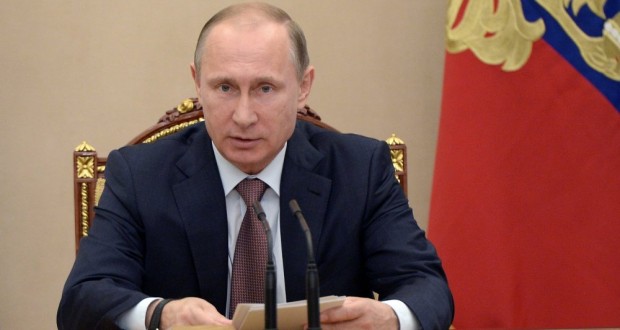 As the news of the Russian military action in Syria intensifies and takes more rather affirmative steps, the rest of the world cannot help but to look with a mixed bag of emotions all the way from awe to gratitude, anxiety, disappointment, frustration or fear and many others in between. Diverse as they may be in their outlooks, all observers are united in their gasps of disbelief.

It may look daunting to ascertain what best represents the major point of view of each stakeholder concerned, let alone to bundle the whole lot together in a manner that makes a comprehensive sense. However, if the main punch lines are considered simultaneously, the picture becomes much clearer.

One can almost conclusively say that the Russian strikes of one single week have been at least much more effective than those of the US-led coalition conducted over the whole last year or so. The actual news of Russian missions are not very detailed. They come in dribs and drabs without the American Hollywood-style razzmatazz that we have got used to ever since the 1991 Operation Desert Storm in Iraq. However, the fact that enemies of the legitimate government of Syria are upset, to say the least, is a clear indication that the Russian strikes are achieving their objectives.

Why else would Saudi Arabia be formally asking for Russia to stop its strikes? (1). The Saudis have had quite an intensive dialogue with the Russians in the last two years or so. Ever since Prince Bandar returned from Moscow empty handed in the middle of 2013, the Saudis realized that as far as Russia was concerned, Syria was a redline. Perhaps they didn’t realize how red that redline was; not even after the Russians brokered a peace initiative between the Saudis and the Syrian government, an initiative that only resulted in one formal meeting between government officials. The Saudis remained obstinate, and imagined that they could push Russia further and/or coerce it into submission; not knowing to what extent Russia was prepared to go after it had exhausted all avenues of diplomacy.

As for Turkey, according to M. Nour-Eddin’s article in the Lebanese daily, Assafir, published on the 3rdof October 2015 under the title of “Russia in Syria; Mass Turkish Losses” (2), Russia has tried very hard at different levels to bring Turkey into a brokered peace deal that would see the end of the “War On Syria”. The Russians have also tried to include Turkey in an anti-terror axis alongside Russia and Iran, but to no avail. Russia had gone further earlier when it used economic incentives for Turkey using the “South Stream” pipe line. But President Putin was getting quite annoyed with Erdogan who would promise one thing and then do exactly the opposite.

Now the Turks are also pleading for the cessation of Russian strikes on Syrian soil. The recent incursions of Russian fighters into Turkish air space are leaving them extremely concerned, huffing and puffing that they would affect the rules of engagement, but, for anyone to fathom that Turkey would dare shoot down a Russian fighter/bomber they would have to wait and see this eventuate.

For the first time in nearly five years, and in a bizarre twist of fate, the table has turned and the Turks are now worried about their own sovereignty and about the events to the south of the border after they have opened the flood gates for jihadists, looters, and arm supplies. From masters of the scene, the Turks have been reduced to beggars, and from Sultans to serfs.

With a war that he created and spinning out of control, a new war with the Kurds and growing animosity with Russia, Erdogan is going to find it very difficult to score the election win he dreams of next month. Perhaps out of all of elements of the Anti-Syrian Cocktail, none is angrier with the Russian intervention in Syria than the Turks and no individual is a bigger loser than Erdogan himself.

Russia has “gone too far”, so they say, and indeed Russia has gone much further than anyone’s expectations. But perhaps we have seen nothing yet. Retired American General Michael Flynn told RT that he is not surprised to see Russia’s reaction because Russia had redlines that were crossed (4). He diplomatically stopped a bit short of blaming the US itself for deliberately crossing those redlines, but according to him, when a superpower gets pushed to a certain limit, reactions of this caliber are to be expected.

In going “too far”, Russia has in reality imposed its own no-fly-zone over Syria after America and its allies failed to do this at least twice in the UNSC (5). In reality, all that Russia needed to make this imposition was the consent and approval of the Syrian government. But with this Russian no-fly-zone, all nations are excluded; except for Russia and Syria. What is of interest here is that Israel is also excluded, and the news of a heavy air defense system within Syria is a huge concern for the Israelis.

The Israelis suspect that this is not an interim measure that will be suspended once the Russian mission is accomplished. The Russians have built themselves a base in Lattakia, and it is their first and only base outside the soil of the Russian Federation, and they are not going to dilute that 300-400 km radius of air-defense zone around that base for as long as the base is operative, and operative it shall remain.

Firas Al-Shoufi of the Lebanese online daily, Al-Akhbar, has put it very bluntly when he stated that Russia is making it clear to the USA that the Mediterranean is not a part of the Atlantic (6). In other words, the Russians are now saying to their American counterparts that the Mediterranean, or at least the Eastern Mediterranean, is under Russian domain; not American, and that Israel will have to live with this reality and accept it because it has no other choice.

The Americans themselves are perhaps more shocked by Russia than most, and they are at total loss. Ever since the demise of the USSR, the Americans have been employing highly sophisticated military hardware designed to fight other super powers in their little-big wars against unmatched, much weaker and poorer armies. Now, they realize that if they venture into Syria and take a stand against the Russians, they will have to be prepared to face their match; something they are not prepared to do. America will not confront Russia because it is a bully and a bully only picks on those weaker.

And even though the Americans have admitted that the “moderate rebels” training program has failed abysmally, they remain adamant that Russia should avoid bombing moderate rebels. In a gesture that is partly diplomatic and partly sarcastic, Russian Foreign Minister Lavrov asked the Americans to identify for him who are those moderate rebels. Yet, his request did not receive a response because no response could be found. In another rather sarcastic yet humorous statement, Lavrov clearly stated that if a fighter looked, walked and fought like a terrorist, then he is a terrorist (7). But it wasn’t until he said that the FSA is in reality a “phantom structure” that he openly and clearly said that there are no such rebels in Syria as moderate rebels (8).

All the while, America still claims that it wants to aid moderate rebels (9) and some reports indicate that it is prepared to arm them and train them. Keeping in mind that USD 500 mn training project has produced just five fighters, that ambitious American dream coming to fruition remains to be seen.

It is perhaps good enough to see that enemies of Syria, different members of the Anti-Syrian Cocktail, squirm, each in his own way. More pleasing to the ears perhaps is news of terrorist fighters fleeing. An estimated 3000 of them have apparently abandoned their positions in Southern Syria and have been spotted heading towards Jordan (10). Another 600 or so were seen fleeing towards Iraq.

And finally, in as far as the supporters of Syria are concerned, it is suffice to look at the position of Hezbollah via the eyes of Nabil Haytham of the Lebanese daily, Assafir, on the 5th of October 2015. According to his analysis and interviews of Hezbollah officials, he argues that the official Hezbollah position sees in the full coordination between the Syrian Army, Russia and Hezbollah the pretext of nothing short of “winning together” (11).

As all have heard the news of the first Russian airstrikes in Syria in disbelief, we look out for what will happen next with more disbelief. There are now talks about expanding the Russian bombardments to include terrorist bases in Iraq. There are even unconfirmed reports about preparations for a Russian land assault.

President Putin is taking everyone by surprise. He is already at the forefront leading Western leaders by leaps and bounds. In every step forward, he is pushing his unmatched opponents many steps backward. In Syria, Putin is endearingly nicknamed Abou Ali; a term given to someone who is tough and, the world is learning that when he talks business, he means business. The credibility of his resolve and action makes him well and truly the incredible Putin, and an incredible Abou Ali.

Previous: Our Yorùbá Intellects: If: Sikiru Ayinde is Barrister…what is Akorede Saheed ?
Next: VVP (Putin): Russia to Apply Precision-Guided Weapons if Threatened