Don't Miss
Home / News From Nigeria / World News / You can get virus without any symptoms and infect others – The Guardian (FUD?) 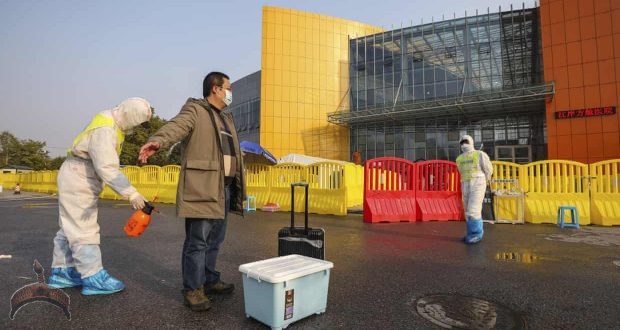 Posted by: BalogunAdesina in World News Comments Off on You can get virus without any symptoms and infect others – The Guardian (FUD?)

A 20-year-old Chinese woman from Wuhan travelled hundreds of miles to another city where she is believed to have infected five relatives without showing signs of infection, scientists in China have said, offering fresh evidence that the new coronavirus can be spread asymptomatically.

The case study, published in the Journal of the American Medical Association, offered clues about how the coronavirus is spreading, and suggested it might be difficult to stop.

According to the study, by Dr Meiyun Wang of the People’s Hospital of Zhengzhou University and colleagues, the woman travelled 400 miles (650km) from Wuhan to Anyang in Henan province on 10 January and visited several relatives. When they started getting sick, doctors isolated the woman and tested her for coronavirus. Initially, the young woman tested negative for the virus, but a follow-up test was positive.

All five of her relatives developed Covid-19 pneumonia, but as of 11 February, the woman had still not developed any symptoms, her chest CT remained normal and she had no fever, stomach or respiratory symptoms, such as cough or sore throat.

Scientists in the study were careful to qualify the conclusions by saying the evidence “suggested” the woman had infected her relatives. But they nevertheless warned that if the findings were replicated, “the prevention of Covid-19 infection could prove challenging”.

World Health Organization officials have praised China’s lockdown of millions of people as helping to buy time for the rest of the world to prepare for the new virus.

But as hot spots emerge around the globe, such as South Korea and Iran, health officials are having difficulty finding and isolating the first source of the virus – the so-called index case. This is fuelling concern that the disease has begun spreading too widely for tried-and-true public health steps to stamp it out.

“A number of spot fires occurring around the world is a sign that things are ticking along, and what we are going to have here is probably a pandemic,” said Ian Mackay, who studies viruses at the University of Queensland in Australia.

The WHO has insisted that Covid-19 is not yet a pandemic and says countries outside China do not yet need more draconian measures. But the spike in cases outside China means the world could be running out of time.

“What we see is a very different phase of this outbreak depending where you look,” said WHO’s Dr Sylvie Briand. “We see different patterns of transmission in different places.”

The WHO defines a global pandemic as a disease spreading on two continents, though some public health experts would call an outbreak a pandemic if the spread is over a wide area or across many international borders.

Dr William Schaffner, an infectious disease expert at Vanderbilt University medical centre in Nashville, who was not involved in the Zhengzhou University study, said the Wuhan woman’s case provided a “natural laboratory” to study Covid-19.

“Scientists have been asking if you can have this infection and not be ill? The answer is apparently, yes,” he said.

“You had this patient from Wuhan where the virus is, traveling to where the virus wasn’t. She remained asymptomatic and infected a bunch of family members and you had a group of physicians who immediately seized on the moment and tested everyone.”

Key questions now, Schaffner said, are how often does this kind of transmission occur and when during the asymptomatic period does a person test positive for the virus.

Reuters and Associated Press contributed to this article.

Previous: Evolution of mail and the future of payments
Next: NAFDAC warns Nigerians against `Maishayi’ tea 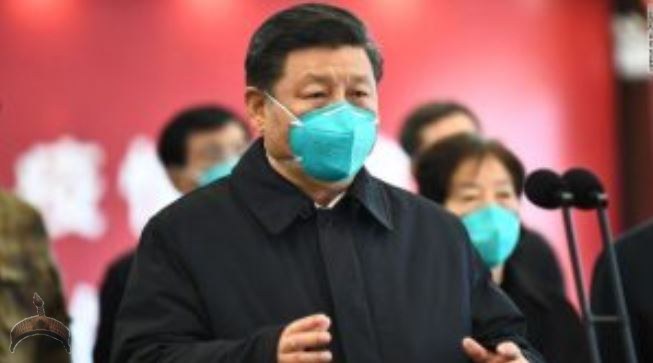 China locked in hybrid war with US

By Pepe Escobar – posted with permission Fallout from Covid-19 outbreak puts Beijing and Washington on a collision course Chinese President Xi Jinping has made his position clear. Photo: AFP Among the myriad, earth-shattering geopolitical effects of coronavirus, one is already graphically evident. China has re-positioned itself. For the first time since the start of Deng Xiaoping’s reforms in 1978, Beijing openly regards the US as a threat, as stated a month ago by Foreign Minister Wang Yi at the Munich Security ...