Don't Miss
Home / Politics / One Nigeria; The Lies And Hypocrisy Ingrained In Our DNA

One Nigeria; The Lies And Hypocrisy Ingrained In Our DNA

Posted by: waleoyedeji60 in Politics Comments Off on One Nigeria; The Lies And Hypocrisy Ingrained In Our DNA

Nationhood finds its beauty when the people therein speak a common language, that is the language of progress. Above every individual pursuit, the idea of nationhood is of a significant concern on the priority scale of its members. The attainment of personal success is the by-product of efforts invested in the process of building a nation. You become wealthy, popular or powerful because of your unique contributions to the nation you belong, not the other way round. The project Nigeria has been sitting precariously on the edge of a cliff waiting for the slightest gravitational force of civil war to fall off and shatter beyond repair if proactive measures are not taken.

Every surviving nation of the world has some national ingredients that are lacking in this country of ours. They all have a national image that is jealousy guided and a hobby that is watered by the conscious efforts of their inhabitants. They all have a national hatred. Yes, they do. They are so conscious about building their countries that they unanimously unite to show hatred and resistance to generally immoral conducts. This is usually seen across the agencies available in the said countries. They show a national hatred against bribery, against nepotism, against sectionalism, against gender hegemony and above all against moral laxity of laziness in public offices.

While their sole purpose for doing this is because they are alive to their duties, ie nation building process, personal pursuit will thus never overtake their commitment to national responsibilities. That already is in their DNA. In a cephalocudal arrangement of Nigeria’s national lifestyle, particularly in this 21st century, Nigerians still don’t cultivate the habit of unanimous hatred to issues keeping us prey in the trap of stagnancy and or retrogression. When a top official Nigerian is caught red handed in the act that one can conveniently label unpleasant, the questions most Nigerians would ask  are divided along ethnic, religious, gender, class, and most especially political lines, all in the name of rationalizing that which is to be condemned.

Tell them that Dansuki consumed monies sufficient enough to bag any redundant fellow an important position on the rankscale of the global most influentials, and you will hear Nigerian asking questions such as: “Na him be the first politician wey go still? No be national cake the thing be?” — most probably by a southeastern Nigerian, “Na so so witch hunt these APC people dem go dey do? Ameachi be saint now ehn?” — by a southsouthern die hard PDP or its fan, “I know Buhari is coming back for a revenge, why is it Dansuki and not Obasanjo?” — most predictably by a southwestern Nigerian. All these questions at the sacrifice of the genuine one that: “Did he really steal?” The scenario painted here is typical of our political lifestyle where people who are now the target of this unfriendly economic recession struggle with some daunting efforts to either rationalize the idea of looting the commonwealth or justify it. One wants to ask: “Is that really a nation?”

Tell a youth who was almost stampeded in that national scam they call NIS recruitment under the immediate past administration, that that Minister who organized such daylight brigandage ought to have been sacked immediately as a result of such dastardly act, and you will hear him say: “When a Yorober dey there, who im employ? I take God beg you, LIVE our son alone!” Tell an APC synchophant that the economic policy of Sai Baba cannot hold sway in this century, and they will chorus it in your hear that: “Wetin Oga Jona with PhD do? Who im PhD epp sef?” Is it not funny that Nigerians still display these attitudes in 2016?

Tell your Yoruba mother that your would-be housewife is from Enugu and the tales of the historical foundation of that place and its complimentary panegyrics will flood the gate of your ears so much that you begin to reconsider your choice of soulmate. Why won’t you reconsider it when the response you get is: “Of all the available girls in southwest, from Osun to Ondo, Ondo to Ogun and all that, you couldn’t find your taste among them, not even Asake omo Iya Elewure that I told you about, only to find your emotional solace in an Igbo girl, awon ajokuta ma mu’mi. I am not saying the girl is bad but you cannot know Igbo people than me. Hmmm, OK ooo”

I doubt if statistics can give an accurate answer to the number of relationships, healthy ones, that this wrong orientation has severed among Nigerians. Needless to mention the ones broken by religion related issues. You would all be dumbfounded when you found out that the person who was vehemently condemned and criticized for falling in love with an Enugu girl will be carried shoulder high in praises and encomiums when he later introduces Anita from New York City as his fiance to the family members. The hypocrisy is grandstanding. They would see the former as a black sheep in their family while the latter as an object of financial emancipation. Is that how a nation is built?

Like I already said, if we are genuinely interested in the project Nigeria, we can’t but look beyond the purview of our political affiliation or loyalty where we would all label what is bad as bad without fear or favor. We would drop behind our religious commitment for the sake of building a formidable nation. Sectionalism and ethnical consideration must have no seat in the discharge of our national duties. Nation building is an investment that everyone contributes consciously into for common development. It is a process. It is a destination we can get to when we are all alive to our duties. 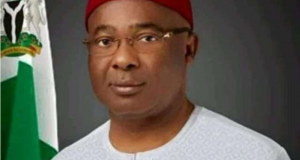 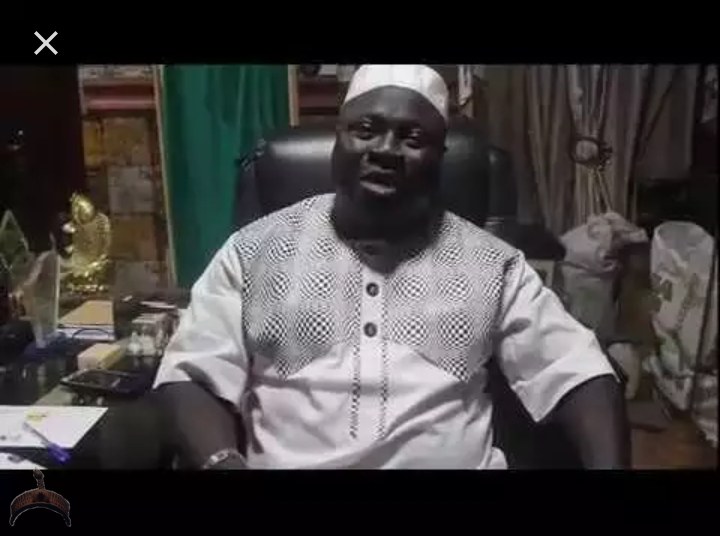