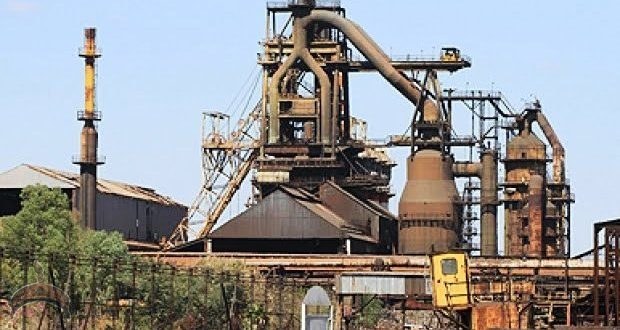 On the heels of the face off between the House of Representatives and the ministers of mines and steel development, 301 members jointly sponsored each of two bills aimed at stopping the concession of Ajaokuta Steel Company of Nigeria.

The first bill with the long title: ‘A bill for an act to provide for the Ajaokuta steel company completion fund for the speedy completion of the project and other related matters’, was presented on behalf of the 301 members by Nkem Abonta (Abia-PDP).

It seeks to provide funds for the speedy completion of the moribund Ajaokuta steel company.

The second bill titled; ‘A bill for an Act to amend the Public Enterprise (Privatisation and Commercialisation) Act to review the list of enterprises to be privatised’ was also presented on behalf of the 301 members by Mr. Abonta

This seeks to delete the Ajaokuta steel company from the list of enterprises to be commercialised.

The two bills have scaled through second reading.

The Minister of Mines and Steel Development, Kayode Fayemi, and the House of Representatives have repeatedly disagreed on government’s plan to concession the oldest uncompleted steel company in the country.

Speaker Yakubu Dogara after visiting Ajaokuta said one of the reasons the steel company had not been completed was due to a leadership problem. He reportedly said that ”where there is competent leadership, ways to source funding for such a multi potential company will not be a problem.”

Mr. Dogara disclosed that there were many ways through which the $500 million said to be needed to complete the plant can be sourced, including the Sovereign Wealth Fund, Excess Crude Account and recovered financial crimes loot.

He said even if it means borrowing the required money, the 8th House of Representatives would make sure it becomes a reality.

The house recently organised a sectoral debate on the steel industry where the ministers of mines and steel development failed to show up.

Mr. Fayemi, through his spokesman, said he and the junior minister duly notified the house of their inability to attend prior to the debate.

He has also said that the ongoing plan to concession the plant was approved in the 2017 budget.

Unimpressed with the defence, the lawmakers described it as a ‘deliberate boycott’, and subsequently passed a vote of no confidence on Mr. Fayemi and his state counterpart, Bawa Bwari.