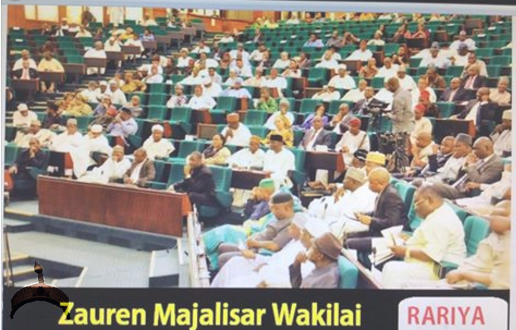 Posted by: Lolade in Local News, Politics Comments Off on Senate proposes an increase in the pump price of PMS from ₦145 to ₦150

The Senate Committee on works has proposed a rise in the pump price of petrol from N145 to N150. The committee made the recommendation in a written report on the National Roads Fund NRF (Est. Etc) Bill (SB.218) bill that’s currently before the house.

The NRF bill is designed to address the issue of poor funding of roads in the country.

According to the chairman of the committee, Senator Kabiru Gaya , the fund when established would “serve as a repository of revenues from road user related charges and other sources for financing, which shall be managed and administered for routine and periodic maintenance works on roads in the country”. Part of recommendations the committee put forward is a fuel levy of N5 chargeable per litre on any volume of petrol and diesel products imported into the country and locally refined Petroleum products.

Out of the 15 members of the committee, the senators who endorsed the report are Senators Gaya, Clifford Ordia, Barnabas Gemade, Mao Ohuabunwa , Bukar Abba Ibrahim, Ben Bruce, Gilbert Nnaji, Abubakar Kyari, Ibrahim Danbaba, Mustapha Bukar, Sani Mustapha and Buruji Kashamu. Senators Olusola Adeyeye, Biodun Olujimi and Ahmad Ogembe who were members of the committee refused to endorse it. The report has been distributed to senators and would be up for deliberation soon.

Senate Deletes NYSC From The Constitution, Others (Pics)

This Is The Complete Collation Of The Votes Of The Senate Of The NASS As Shared By Delta Central Senator Sen. Ovie Omo Agege…This Was Shared By The Senator Himself Today.26/07/2017 No. 29 is Subject To Your Interpretation