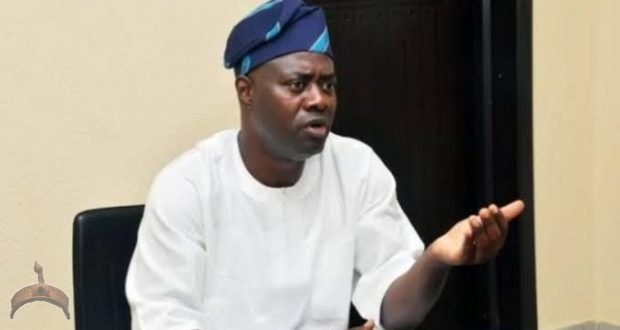 Posted by: Lolade in Politics Comments Off on ‘You Can’t Just Wake Up And Make Laws’ — Makinde Hits Malami Over ‘#Amotekun’

The south-west governors had established the regional outfit to tackle incidents of kidnapping and banditry in the region.

However, Malami, declared the outifi , saying that matters of security resides exclusively with the federal government.

But speaking to journalists after paying a courtesy visit to ex-President Olusegun Obasanjo in Abeokuta, Ogun state, on Wednesday, Makinde said he is yet to receive a formal notice on Malami’s statement.

Makinde explained that Amotekun exists only to complement the efforts of the police, not replace it.

He argued that the AGF can only advise the president on legal matters, not “just wake up and make his own laws”.

“You don’t run a government on social media. If I see a letter or receive a call from the Attorney-General of the Federation saying that Amotekun is illegal, it will be a different reaction. For now, I have been reading on social media just like you and I have not seen anything official to that effect,” Makinde said.

“Besides, I don’t think that in a country like Nigeria, the Attorney-General should just wake up and make his own law. He may interpret and advise the President about legal issues but I have not seen anything that gave his office the power to make such declaration.

“This outfit [Amotekun] is complementary to the effort of the Nigerian Police and other security agencies. In Oyo State, the government has four pillars; namely education, health, security and expansion of our economy through agribusiness. So, security is a major pillar for us and we believe we cannot have any development in an atmosphere that is not secure.

“If you look at investments, the money coming into an economy is like a coward; if such money sees anywhere that is not secure, it will fly. So, security is key and security agencies are doing their best but there is still a gap. Just like in most sectors of our body polity, we do have gaps; in education, health care delivery and the rest. We believe playing complementary roles will help to narrow those gaps.

“As you all know, it is a New Year and, traditionally, one should go out to greet elders to wish them a happy and rewarding year. So, I came here to greet Baba and wish him the best for this year 2020.”

The declaration of Amotekun as illegal has raised several reactions. At a press briefing in Lagos earlier on Wednesday, Wole Soyinka, Nobel laureate, had said:
“Amotekun has come to stay”.

Also, Ayo Adebanjo, a leader of Afenifere, argued that the AGF has no right to make such pronouncement, adding that the federal government ought to have gone to the court if it had anything against the outfit.

Previous: #QOD: “Islamic Hisbah is legal for the Northerners, but #Amotekun is illegal for the Ooduas (Yorubas)”
Next: No Money No Rule of Law In Nigerian Courts – Kemi #Democracy101 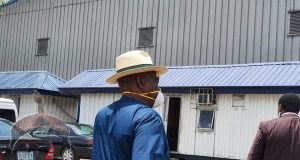 Wike Shuts Down Caverton Helicopters For Violation Of Movement Restrictions 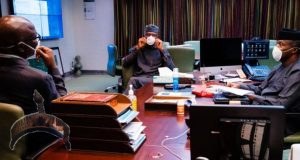 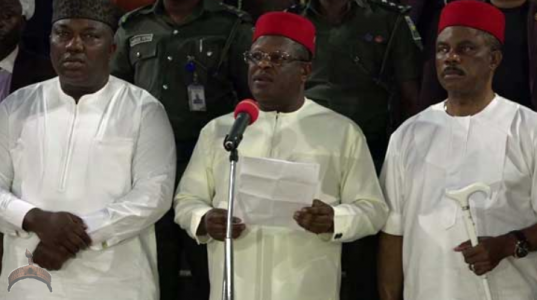