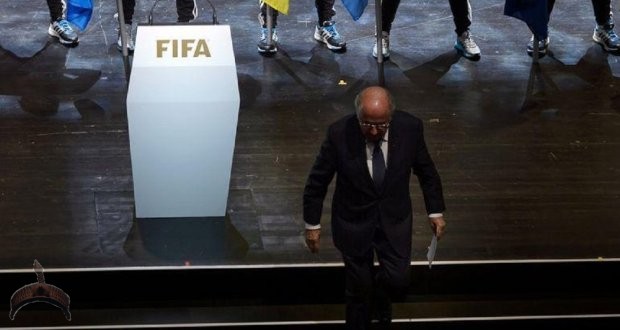 An extraordinary congress to elect FIFA new president will most likely be held between December 2015 and March 2016. 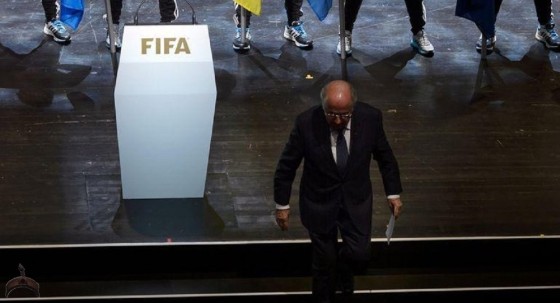 Sepp Blatter on Tuesday resigned as president of FIFA only four days after his re-election to a fifth term.

“While I have a mandate from the membership of FIFA, I do not feel that I have a mandate from the entire world of football — the fans, the players, the clubs, the people who live, breathe and love football as much as we all do at FIFA. Therefore, I have decided to lay down my mandate at an extraordinary elective Congress. I will continue to exercise my functions as FIFA President until that election,” he said.

“An extraordinary congress is to be called to elect my successor as soon as possible,” said the 79-year-old Swiss official, FIFA president for 17 years. 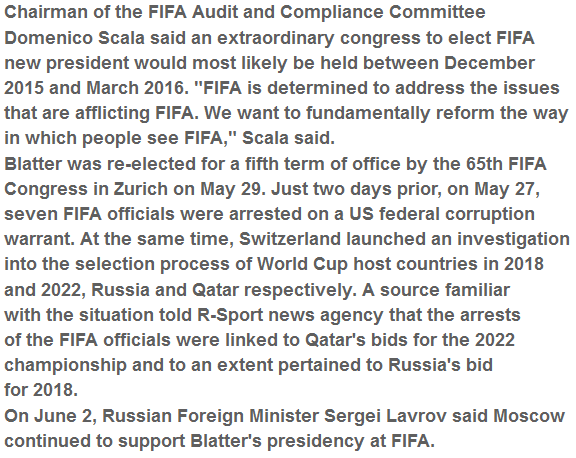 Previous: Meet The Women Who Inserted Cocaine In Their Private part
Next: Opinion: Why Small Skilled Labour Must Be Profesionalise – By Ahmed Adamu

So all of the Europeans who are responsible for the bribery are innocent and FIFA is corrupt?

England funded Beckham to go offer ‘coaching clinics to kids’ in the Caribbean to clinch hosting rights. Germany sent over ammunition to a despotic Saudi Regime. Ireland accepted 5.3 million Pounds to stop going to court over the French cheating their way to the World Cup. More, I’am sure will follow in the season of ‘revelations’. All of the Europeans who are responsible for the bribery are innocent and FIFA is corrupt? Ok, tell me another porky. J.A