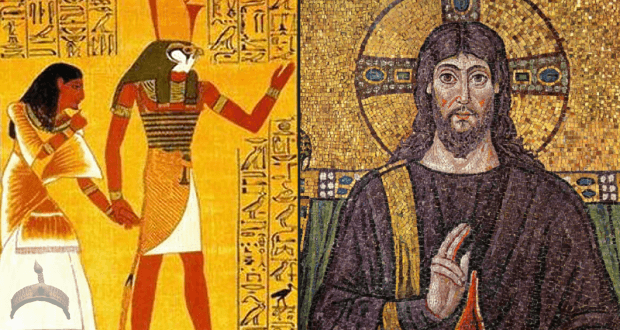 World Exclusive: Checkout the Brain Behind Jesus of Nazareth

Posted by: BalogunAdesina in Breaking News, Religion Comments Off on World Exclusive: Checkout the Brain Behind Jesus of Nazareth

I studied history in college, and spent a lot of my time researching ancient civilizations and comparative religions. As an agnostic, I am fascinated by religion and the idea of faith and belief, across all religions spanning the entirety of human existence. Some of the most fascinating projects that I did in college involved comparing ancient mythology to modern religious beliefs, finding similarities and multiple parallels. For example, anyone who has ever read The Epic of Gilgamesh will know that many biblical stories are plucked straight from the story, including the flood myth and the virgin birth myth.

Historians and religious scholars know that religious texts are made up of a series of myths (that’s not to say they are not true, but just that they are mythical stories). These myths appear across different religions and eras, and the same stories repeat themselves over and over again throughout history. Today, I will present to you five near-identical “Jesus” myths that predate Jesus Christ.

Please note that many of these stories have differing translations and interpretations, some of which tell different stories. The main idea of this list is to remind you that the story of Jesus Christ is rooted in ancient myth.

Horus was one of the many Egyptian Gods. This is probably one of the best-known and contested deities that is often compared to Jesus Christ. Some translations and Egyptian myths say that he had 12 disciples, and was born of a virgin in a cave. His birth was announced by a star, and was attended by three wise men. He was baptized at age thirty by Anup the Baptizer. Horus performed miracles, including rising at least one person from the dead and walking on water. He was crucified, buried in a tomb, and resurrected, just like Jesus Christ. 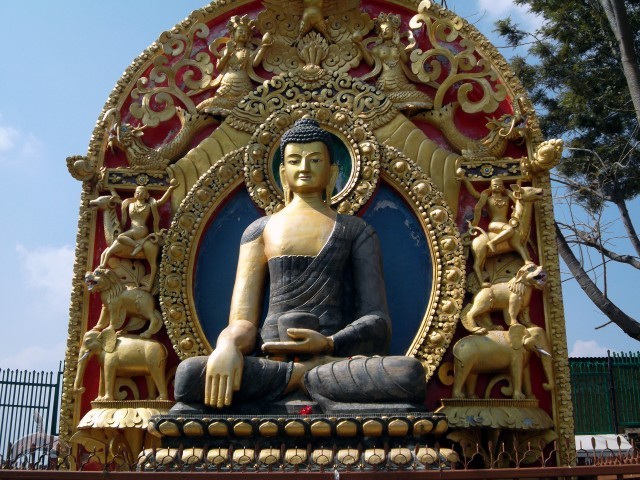 Buddha’s mother, Queen Maha Maya, had a dream that a white elephant with six tusks entered her right side, impregnating her. As was tradition in this time, the mother left her husband’s kingdom to give birth near her father. She did not make it the entire way, though, and gave birth while traveling. Buddha was born in a garden beneath a tree. In addition to this birth story, Buddha, like Jesus, also performed miracles, healed the sick, walked on water, fed 500 men from a single basket of cakes, was transfigured on a mount, and taught chastity, temperance, tolerance, compassion, love, and the equality of all. There are also some texts that say he was crucified, spent three days in hell, and was resurrected. That is not what killed him, though, as he died in his old age from what is believed to be food poisoning.

The brain Behind Jesus is someone like me and you.. Some crooks decided to form their own God (The Israelites if you ask me) so as you have other gods and other histories. The Greek gods – the 12 Olympians – Zeus ,Hera ,Aphrodite… and these gods were very popular during the Great Greek empire. We all know that Empires come and go starting from the Kush empire, Egyptian to Persian empire, followed by Greek Empire. Then you have several empires after that. The Oyo empire is no exception to this rule either and I will explain.

Now my observation or conclusion is; each of these empires had their own god(religion) at some point and they were able to market it to nearly all the territories they managed to conquer either as a form of missionary or some how. In most cases empires always come with their own mythology or idea of religion. And you may agree with me that the fall of an empire could eventually lead to the weakening or even the fall of its religion here, history is being changed and the newest empire tends to either market its own form of religion to the conquered zones.

Here Religion is only a tool to controlling the masses idleness not only that but also a way to create fear in them to thinking there is some life after death or there are consequences to every bad you /they do.( makes sense if followed but the opposite is what we get today)

Religion is also a way or tool to gathering more allies or otherwise potential puppets serving the interest of their host first instead of that of the National interest or the direct interest of the masses. (Here if you ask any Christian in Nigeria which side would you be if by tomorrow a war starts in Isreal and you were told to choose ?? The same thing if you ask any Muslim, what side would be if by tomorrow war starts in Saudi Arabia for example.. Both will choose the religion they practice first.. These are the potential puppets I was referring too in my 2nd definition of religion )

The same thing if you ask those still practicing IFa religion in Brazil,Cuba, Venezuela, Argentina about which side will they support in Nigeria if war break out tomorrow.. They will tell you the Yorubas..

Today, you have a combination of Anglo-Zionist Empire ( This is Anglo America +Anglo Saxons + The Zionist) coming under one umbrella to try to rule the world. (Make no mistake even the Saudi Arabia that some sunni Muslims may call their second home is now a permanent Puppet to the Anglozionist empire) Since the fall of Oyo Empire, Ifa religion( Plus about 402 Orisas) has been weakening or falling too much because a newer empire prevailed. The same thing you can say about the fall of the Greek empire, their religion also followed the same faith.. It became unknown and the latest empire’s religion prevailed as well

It will only take a very strong country not to lose its traditional values to a foreign one or the latest empire.. Here in Nigeria, the foreign religion is being marketed in all the Movie industries. Here they tend to portray the religion of Ifa ( Usually by going to a chief priest, Babalawo) as bad while the those going to Pastor or calling Jesus and Allah or Muhammed as Good.

It reminds me of this Episode. The Zion film (MOUNT ZION) being sponsored from America. I am not sure if they are still showing the program on Nigerian Tv. What vexes me the most is these empires in their territories already created some level of political correctness and are still creating more. So this makes it difficult for an outside or a new religion to take over an enclave in which was built on a particular religious principles.