IBB returns from Germany after 8 weeks

Posted by: admin in Breaking News, Local News, News From Nigeria Comments Off on IBB returns from Germany after 8 weeks

IBB reached the Minna airport by 2.50 pm in a chartered flight and was received by Mohammed and Halima, his children, in addition to some government officials, his good friends and associates. He was dressed up in blue kaftan with gray stripes, left the airport for his hilltop house, Minna in a BMW car and arrived at 3:15 pm to the waiting hands of four of his grand children….

In a brief interview with journalists, when asked if the pressure won’t be a lot of for him with 2015 politicking, IBB said he have been following a political developments in Nigeria whilst in Germany, and added that,

“I missed all of you that welcomed me, especially my local champions (journalists). I look forward to all of you, to seat and chat with you and talk about politics as we always do. For now, I want to rest.”

Previous: Tragedy In Church As Worshipers Are Sent Home For ‘indecent’ Dressing
Next: “It was just a mate giving me a Butt massage in the house” 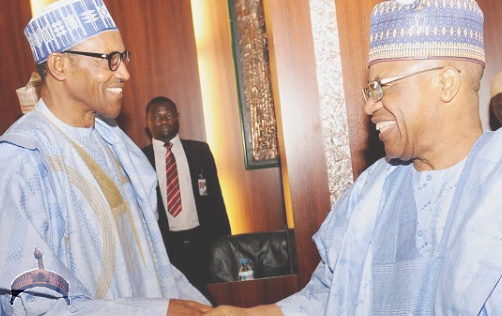 IBB overthrew me because I was fighting corruption – Buhari

Pres. Buhari who was the military head of state for 18 months before being kicked out of office on August 27, 1985, said this during an exclusive with The Interview Magazine, while reacting to a December 2015 interview where Babangida said the 1985 coup had nothing to do with Mr. Buhari’s corruption fight. In his reaction, however, Buhari said, “I learnt that Gen. Ali Gusau, who was the Chief of Intelligence, took an import licence from the Ministry of Commerce, ...