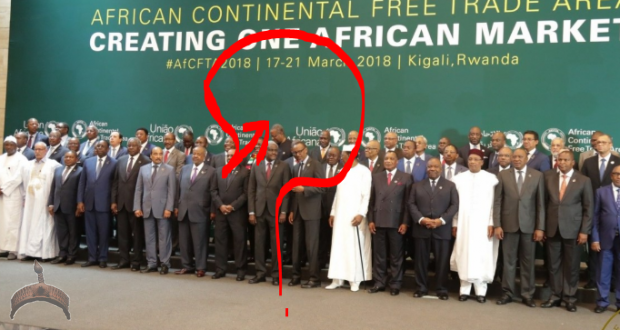 Posted by: fijabi in Breaking News, World News Comments Off on Updated: 5 Reasons Why Nigeria Should Not Sign African Free Trade Zone! (ACFTA)

It would appear that accepting the Africa Continental Free Trade Agreement (ACFTA) is disproportionately inimical to the interests of the States that have been created as an outcome of the Berlin conference in the Year 1885 to the Time in the Year 1914 that dissenting people from incompatible cultures were forced into a marriage of convenience that created a 1914 amalgamation jurisdiction whose sole objective has been to subject people in the amalgamated jurisdiction into a century of slavery and servitude coupled with the looting of its invaluable resources.
It would seem to be disproportionately flawed to conceive and commit to a free trade agreement like the ACFTA at this material Time since the people affected have not been compensated adequately for the slavery, torture, rape, genocide, mass murder and servitude that its colonial masterminds had caused for over 100 Years. It would make more sense to demand reparations for damages done before giving any consideration to proposals such as the ACFTA which is akin to one upon which to plunder innocent people again into further risks and dangers if we recall how Benin was attacked and looted by Britain in 1897.
x

Based on apparent practices in the World today as we have it following the era that the Caucasians shredded the Ottoman Empire to the left over called Turkey, Fair Trade is yet to achieve its full objectives owing [and no thanks] to the inherent discriminatory, unfair and inappropriate practices of a few self-centred and racist saboteurs who have since Time immemorial exported warfare, disease, security and insecurity issues to our continent all in the bid to steal en mass the natural, including human, resources of the people.

On one hand a said ex-President, of the jurisdiction created based a 1914 amalgamation of three regions based on the natural geographic and climatic boundaries set by the y-shaped rivers, has disproportionately failed to be consistent in proffering an adequate advisory that substantively addresses the broader picture of the matters arising from the forced marriage that was imposed on the people via a 1914 amalgamation whose flawed, divisive, exploitative, manipulative, biased, partial and jinxed terms expired in the Year 2014. In this regard the so-called ACFTA would seem to pass as another scramble for the Continent by certain parasites whose only goal is to ensure that certain people of a different racial or ethnic origin are continuously put in perpetual slavery and servitude followed by more looting of the victims’ invaluable natural and human resources.

On the other hand, the said ex-President’s suggestion would seem to be disproportionately flawed and inconsistent based on his prior analysis that an incumbent President wishes to Fulani-ise [i.e. Islamise or Arab-ise] the said 1914 amalgamated jurisdiction however based on the saidex-President’s endorsement of the ACFTA, it would appear that he has myopically endorsed an enabling plan and platform upon which a Fulani-ised jurisdiction may be used to tortuously enslave innocent people further by killing completely their capability to emancipate themselves from the opportunity to set things right for their common good following the expiration of the slave and servitude terms and conditions of the 1914 amalgamation. e.g. A Crude Oil producing Nation was stifled from exporting refined petroleum products to others and in many cases have had to be restricted even in the space of setting up a Refinery in this regard to competently meet both its domestic needs and foreign exchange earnings.

ECOWAS Member States have been sabotaged to accomplish their common objectives of creating a strong, virile, productive, purposeful, secure, healthy and safe sub-region since fake products such as plastic rice sourced from elsewhere were shipped to the jurisdiction created as a result of the 1914 amalgamation. Based on this precedent in the ECOWAS sub-region, it would seem very clear that the impact of such evil and misdemeanor shall quadruple when the other sub-regions such as Eastern, Southern and Northern sub-regions become attack vectors and agents upon which to quadruple the deadly impact on the fate of the innocent people of the said

1914 amalgamated jurisdiction. The ECOWAS subregion’s goals and objectives are accomplishable and based on the substantive expiration of the slave terms of the 1914 amalgamation, ECOWAS objectives, goals and targets if consolidated and implemented, should serve the ECOWAS member State’s better than the flawed, biased, partial and probably kleptomaniac attempt to plunge innocent people into further slavery in order to maintain the parasitic needs of certain gluttons who believe they know how to enslave others.

Energizing ECOMOG i.e. ECOWAS Military who may collaborate with others on the basis of slavery-free terms, should be supported alongside other pillars such as fairness, equality, natural justice and human rights that the ECOWAS Member States must take ownership of for their collective common good. It is neither practicable nor in the best interest of all concerned inside and outside the ECOWAS subregion to accept the socalled ACFTA which should best be trashed alongside Morocco’s membership application in the interest of security, safety and health needs of the ECOWAS sub-region and its Member States that essentially represent to a large extent a home to aboriginals who had been subjected to centuries of slavery and servitude by others who have tended to use the services of puppets on ground in their target breeding grounds based on racial, ethnic or religious bias of the slave masters and mistresses at play.

2.Priority
Ensuring a secure, safe and healthy ECOWAS sub-region where all such threats, risks and dangers that racist terrorists and / or their emissaries and puppets pose are either mitigated or eliminated via the establishment of adequate security, safety and health controls and defensive counter-measures put in place for the common good of all concerned. The implementation details in this regard can or should be restricted to only appropriate persons based on need to know.

Following the so-called Arab spring in the Northern part of the continent which was centuries ago colonised via genocide and mass murder, arms proliferation and slave trade are two products that Libya has exported to other parts of the Continent and elsewhere however the citizens of a particular ECOWAS member State have suffered the most casualty in this regard despite that an ACFTA has neither been accepted nor implemented. What will happen to the fate of all innocent persons if the ECOWAS security, safety and health control measures and defensive countermeasures are sabotaged by a so-called ACFTA which may facilitate racist terrorists to move freely to terrorize others? Put simply, the ACFTA should be thrashed and ECOWAS objectives should be advocated, promoted and consolidated for common good and mutual benefit of its Member States.

At this material time that ECOWAS military i.e. ECOMOG has had a number of challenges based on the respect for the sovereignty rights of a member State which ECOMOG assisted such as Sierra Leone, ACFTA implementation would endorse and bring to the table equally the rogue militia or militant groups in the various Arab spring Nations who would seem to be directly or indirectly facilitating terrorists such as Boko Haram and the Fulani Herdsmen who have been a notorious menace in the ECOWAS sub-region. Again, there are certain backers of these terrorist and rogue militias who are benefiting so much from the arms sales to any where they successfully destabilise with security and insecurity issues and unrest.

4.Economy
The ACFTA would at best serve only the selfish interests of slave masters and drivers who wish to ensure that the peoples of the ECOWAS Member States are perpetually subdued from achieving any form of sustainable development of their sub-region that is rich in natural and human resources all of which others outside the sub-region wish to command and control at the detriment of the peoples of the ECOWAS Member States. The emancipation of the Chinese and Singaporeans from economic depression, manipulation, slavery and colonisation did not happen based on dependence on others foreign to the Chinese or Singaporean jurisdiction.

5 Other examples
Other stronger and precise reasons for rejecting the ACFTA are available only on demand via consultation only on grounds that the requester is not a security, safety and health threat or risk or danger to all concerned in ECOWAS sub-region.

Previous: JAMB Arrests Candidate For Alleged Upgrade Of UTME Score To 290
Next: Trump Stopped Strike On Iran, But Tensions Continued To Grow 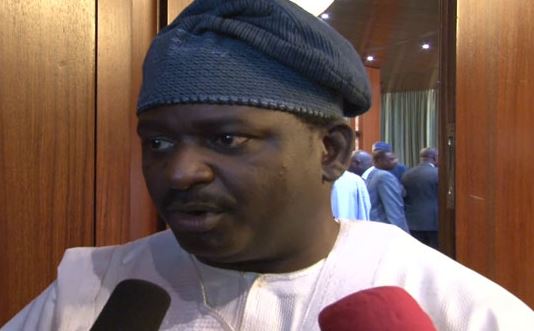