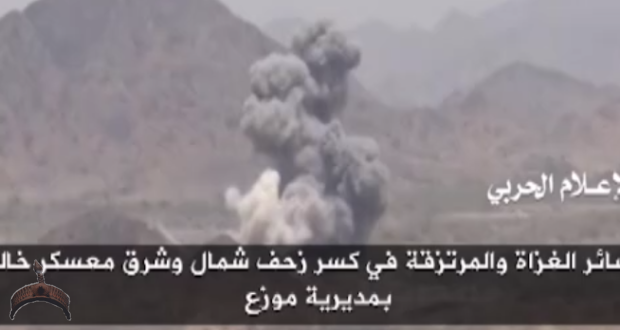 On April 21, Houthi fighters repelled a large scale attack by the Saudi-led coalition and its proxies on their positions in the Mawza district of the southwestern province of Tazi, according to the Houthis media center. The source said that the Saudi-led coalition had failed to make any gains during the attack that lasted for five days.

More than 93 fighters of the Saudi-led coalition and its proxies were reported killed by the Houthis. Houthi fighters also destroyed 16 armored vehicles of the coalition and damaged 7 others with IEDs, rocket-propelled grenades and ATGMs while repelling the attack.

Saudi-led coalition warplanes and helicopters carried out a series of airstrikes against the Houthis in the Mawza district supporting the failed attack. More than 20 Yemeni civilians were killed in one of the airstrikes on April 20, according to Yemeni sources.

During the last two months, the Houthis successfully repelled several attacks by the Saudi-led coalition on their positions in the province of Taiz. According to local observers, the coalition is trying to expand its control in Taiz in order to secure the supply lines of its troops deployed near the Yemeni western coast.

Previous: SITREP: A false flag attack on a USN ship next?
Next: Photos: Lagos Unveils Statue In Honour Of Gani Fawehinmi At Liberty Park, Ojota 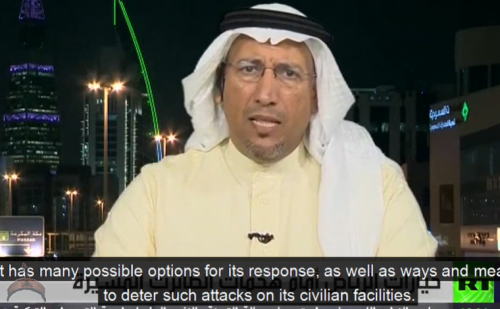 ‘Houthis have very primitive minds, we could defeat them if we wanted’: Saudi academic – English subs

Description: In a recent programme on RT Arabic surrounding the Yemeni crisis, Saudi political communications scholar Dr Abdullah al-Assaf said that the Houthis with their ‘very primitive minds’ could not possibly be behind the UAV and ballistic missile attacks on Saudi Arabia in recent weeks and months. Al-Assaf said that there must be experts from Hezbollah and Iran’s IRGC present in Yemen, and that these foreign experts are the ones launching these UAV and missile attacks. The Saudi academic also ...