Oh how much these Poles hate Russia !

Oh how much these Poles hate Russia…

Amazing.  I mean – everybody knew that Iatseniuk is an evil congenital liar, but that he represents a regime of freaks anyway.  But Poland, I had assumed, was a civilized country, run by by mentally sane, if a tad subservient to the USA, people.  And then this bombshell:

Asked on Polish radio on Wednesday why Putin was not invited to the commemoration of the liberation of Auschwitz, the Foreign Minister of Poland, Grzegorz Schetyna, declared: “The 1st Ukrainian front and Ukrainians liberated [the concentration camp] , as on that January day there were Ukrainian soldiers, so they opened the gates of the camp“.

So following the German statement that when “Iats” declared that the Soviet Union had invaded Germany he was using his “freedom of speech” now we have Poland telling us that Ukrainians liberated Auschwitz, not Russians or even multi-ethnic Soviets, and no furore results from any of that.

So now we know why Poroshenko is invited.  Because “his” Ukrainians liberated Auschwitz.  I wonder if he will have the gall to shout the Banderist slogan “glory to the Ukraine, to the heroes glory!” like he always does at home.

But you know the worst of it?
What a disgusting crying shame that Jewish organizations – who should know who liberated Auschwitz and what Ukie nationalism was during WWII – are remaining silent about this.  Not only that, they should know that the Soviet Union accounts for no less then 80% of the world’s effort to beat Hitler and that Russians account for about 80% of the Soviet war effort.  In other words, those European Jews who survived WWII really owe their lives to Russia.  Not the Ukraine which welcomed Hitler with flowers and then produced one of the two worst Nazi movements in Europe (the other one being the Ustashe of Ante Pavelic).

But then again, since western Europeans are not celebrating V day at the same time as Russians and since they even organize commemorative events which do not even mention Russia or the USSR, what is there to be surprised about?

I won’t even go into Operation Unthinkablewhich declared that “Russia is a threat to Western Civilization” or how US/UK big banks and corporations financed Hitler during his entire career.  For all the anti-Nazi propaganda and demonization of Hitler, Hitler was always “our boy”, even when he was a “bad boy”: the Knight Defender of the West!  He was but the continuator of many other West European leaders who had attempted to subjugate Russia.

The Knight Defender of the West?

At a time of severe tensions between the EU and Russia, it is only normal that we would witness a creeping rehabilitation if not of Hitler himself, then at least of some key aspects of Nazi propaganda.

So now we have it.  Russia occupied Germany, the Ukraine liberated Auschwitz and soon we will be told that Stalin ordered the Holocaust, bombed Dresden and dropped nuclear devices on Japan.  Then just call Putin the New Stalin and, voilà! We will be back to the good old “western civilization” against the “Asiatic Mongol hordes of Russia”.

Some things really never change.  And, of course, Russia will prevail this time around too! 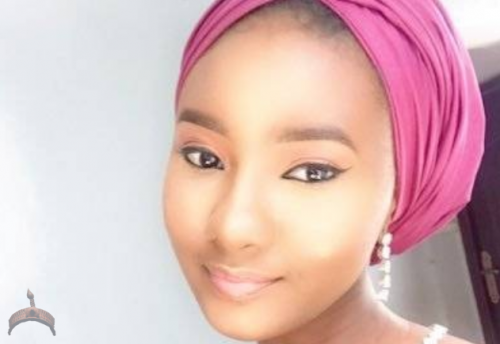 A textile and fashion designer, Hanifah Labo, who is a well known Buharist (supporter of President Buhari) has publicly retracted the statement she made 5 years ago. Shortly after General Muhammadu Buhari was sworn in as the President of Nigeria in 2015, Hanifah wrote on her Twitter page to boast; “Change has finally come 🙌 Alhamdulillah!” Less than 48 hours ago, the Buharist made a massive U-turn that shocked her followers. She updated her post of 5 years and posted; “I withdraw ...