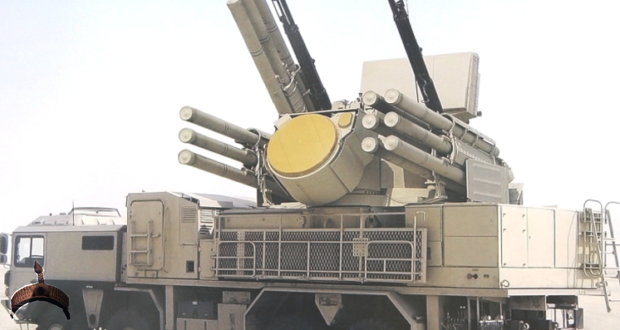 Posted by: BalogunAdesina in World News Comments Off on Updated: Syrian Air Defense Forces Shoot Down “enemy Objects” Over Damascus

During a Syrian surface-to-air missile launching, one launch was identified towards an open area in the Golan Heights. At this point, it remains unclear if the launch indeed landed in Israeli territory. IDF troops are searching the area.

At the late hours of November 29, the Syrian Arab News Agency (SANA) reported that the Syrian Arab Air Defense Forces (SyAADF) have shoot down several unidentified flying objects over the district of al-Kiswah south of the Syrian capital of Damascus.

“Initial reports say that all enemy objects were destroyed and didn’t reach any of their targets,” the SANA said in a short press release.

Local sources told SouthFront that the SyAAD is still launching surface-to-air missiles at flying objects over Damascus and al-Quneitra. Several loud explosions were also heard between the two governorates.

The available information indicate that the Israeli Air Force (IAF) attempt to strike positions of Iranian forces south of Damascus. However, the Syrian and Israeli media are yet to provide more details.

If confirmed, this would be the first Israeli airstrike on Syria since the downing of the Russian Il-20 intelligence plane on September 17. Following the incident, Russia supplied Syria with the S-300 air defense system and an advanced command and control system.

Previous: Argentina and France – Opponents of IMF versus Yellow Vests – Where is the Correlation?
Next: Syrian War Report – Nov. 29, 2018: US Is Establishing ‘Observation Posts’ On Syrian-Turkish Border