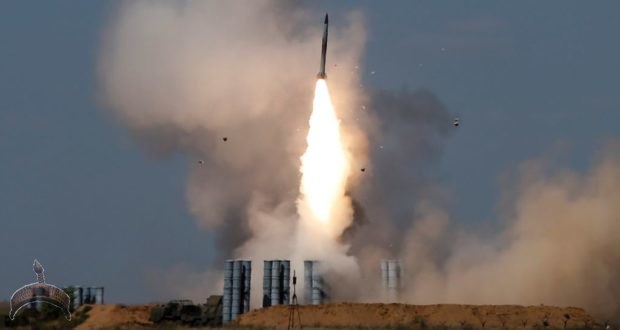 On September 19, the Syrian Air Defense Forces shot down an unidentified unmanned aerial vehicle (UAV) over the town of Aqraba, south of Damascus. Pro-government sources claim that the intercepted UAV was likely operated by Israel.

On August 25, two Hezbollah members were killed by Israeli strikes in the same area. These strikes and the incident with Israeli drones in Beirut led to a local escalation between Hezbollah and the Israeli military at the Lebanese-Israeli contact line on September 1. Since then and until September 19, the situation around Damascus and in southern Lebanon have remained relatively calm.

The al-Qaeda-affiliated militant coalition Wa Harid al-Muminin announced that its forces had shelled positions of the Syrian Army near the area of al-Mashari’a. In a separate development, Idlib militants shelled the Abu al-Duhur humanitarian corridor with mortars in an attempt to prevent civilians from leaving the militant-held area.

On September 18, the joint Russia-Syria Coordination Center on Refugee Repatriation announced that work to resettle refugees from the Rukban camp the US-controlled zone of al-Tanf will begin late on September 27. During the last two years, the camp was in a constant state of humanitarian crisis due to the lack of aid, clean water and food. Nonetheless, the US-led coalition and coalition-backed militants sabotaged previous attempts to evacuate civilians from it.

Russia has given Syria a green light to use the S-300 missile defense system against Israeli targets, according to reports in Russian media citing own sources. Reports claim that the Syrian military received permission to use its air defense systems in response to Israeli actions. However, in this case the Syrian side would bear full responsibility for such a move.

Since the start of the week, positions of Iranian-backed forces near al-Bukamal have come under at least two aerial attacks that are commonly attributed by Israel. Some mainstream media speculated that the September 18 strike may have been delivered by the Saudi Air Force. However, this version was immediately denounced by Saudi Arabia itself.