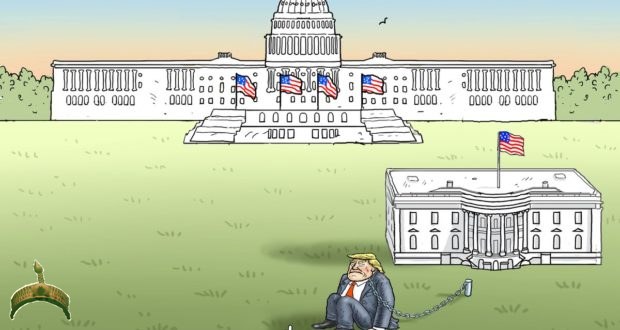 Total Humiliation for the USA and Israel at the UN

Posted by: BalogunAdesina in Breaking News, World News Comments Off on Total Humiliation for the USA and Israel at the UN

Trump’s America is still a superpower. It was supported by no less than eight other countries, including Honduras, Guatemala, Palau, Marshall Islands, Kiribati, Togo, Nauru and southern Sudan and do not forget Israel.

The resolution passed with an overwhelming majority of 128-9, the UN General assembly declares the US’ recognition of Jerusalem as the capital of Israel ‘null and void.’

It took Donald Trump a year to reduce American world hegemony into dust. Surely this is not a bad thing. Trump promised to make ‘America Great Again,’ he certainly accomplished the first stage of his mission. For America to be great it better be small and insignificant first.

The vote today is a clear message to America and Israel. Sympathy is not running out, it is basically over.

Previous: Nikki tries to threaten and blackmail the entire planet
Next: When sanity fails – the mindset of the “ideological drone”