Don't Miss
Home / News From Nigeria / Breaking News / “Osinbanjo is my Problem” – The Fear Of Osinbajo by GEJ is the Beginning of Wisdom !

“Osinbanjo is my Problem” – The Fear Of Osinbajo by GEJ is the Beginning of Wisdom !

It has become clear that the choice of Yemi Osinbajo, a Senior Pastor of RCCG, an erudite Professor of Law at the Unilag, and a legal luminary (SAN), as the running-mate to Buhari by APC, is the best choice ever.

His fear has become the beginning of wisdom not only for the PDP which has ruled this country since the return to civil rule 16 years ago, but also for President Goodluck Jonathan who has been in the saddle of power at Aso Villa for 6 years, ruling with ruthlessness, cluelessness, sheer inefficiency, ineffectiveness, incompetence, profligacy and impunity.

Whereas emotion, immediate sectional advantage and mpulse of the moment were able to win enough votes to install a reactionary jingoist like Jonathan as the President , in a tribal ghetto and geographical expression called Nigeria, the cult of mediocrity has brought the wheels of progress of the languorous prefecture to a halt. Now that the reality of the situation is steering us in the face, and he himself has become so agitated then the time is up for him to go. The earlier he gets packing the better it is for him. 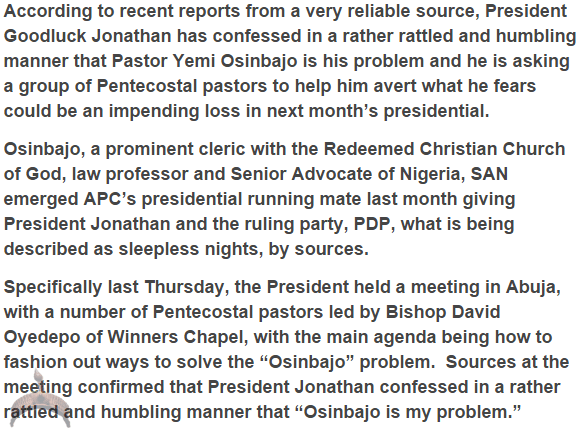 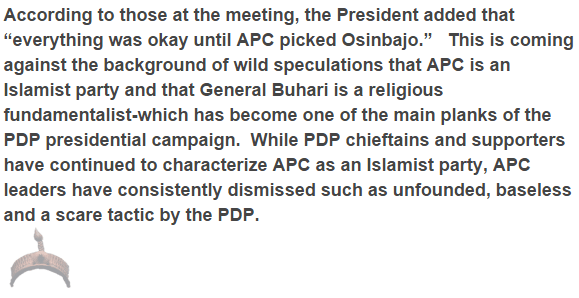 Previous: Good news, this time from France
Next: Dillish Mathews and her BF loved up in new photos 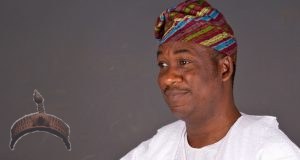