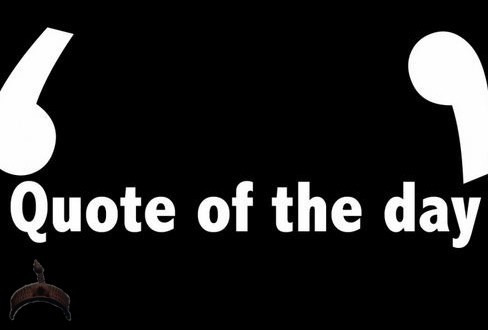 Quote Of The Day: Culture ! (#PlsTellOoni)

Posted by: admin in Breaking News, Education Comments Off on Quote Of The Day: Culture ! (#PlsTellOoni)

“When the cultures and values of a society become politicized and monetized, Things Fall Apart.”

The qoute above is from a Book,  standard reading for German high schools and in some states in the US. An Ooduarere.com reader  studied the book as part of a course at New York University. It is quite unfortunate, that we in Nigeria, appreciate and learn from it the least.

Foreign religions are the equivalents of neutron bombs on African culture, identity and values.
It improves your sense of identity when you read and learn from stories told by your ancestors or your people. Imagine if the Yorubas conquered the Igbos and forced us to worship Eledumare and Ogun. Or vice versa.

When I argue for preservation of African religious beliefs, the arguments are made from a position of culture and identity, rather than religious ones. That’s why on a thread about traditional culture or religion  you’d also see us there criticizing. Culture and tradition like everything else in the universe evolves.  Just like the iphone has evolved over many generations. It’s still the same principles at the basic level, but each component has seen incremental upgrades.

The problem with the African man, if I may use this analogy, is he still walks around the world with a gadges built pre-modern times and refuses to upgrade or evolve.

Tagged with: Culture quote of the day