Don't Miss
Home / News From Nigeria / Breaking News / OoduaRere.com’s Take on the New Ooni Of Ife ( Re Abomination: Ooni bowing down for Jesus) 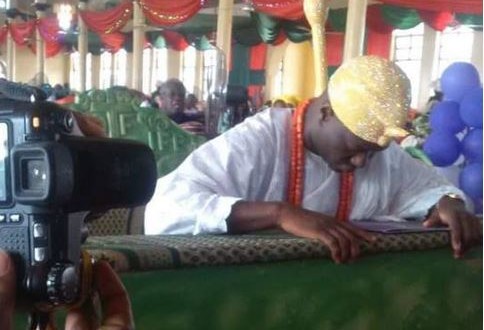 OoduaRere.com’s Take on the New Ooni Of Ife ( Re Abomination: Ooni bowing down for Jesus)

Posted by: admin in Breaking News, Religion, The Buzz Central Comments Off on OoduaRere.com’s Take on the New Ooni Of Ife ( Re Abomination: Ooni bowing down for Jesus)

Irunmoles are depicted by the western civilization with small letter g (Lesser god to theirs, mainly Jesus). Just to make sure it’s not in the same line with their God. Jesus! The same way you will never hear them assign or use the word Chief to address any of their Kings or Queens but would rush to do that with African Kings.

Please,  lets respect the Yoruba civilization and all religions. Lets be tolerant to each other. So please take note here that an Irunmole is in the same position as God. In Yoruba Civilization, Orisa is a messenger of Olodumare. He has direct link to the creator of heavens and earth (Olodumare is most high GOD) and the first Irunmole / God that created  Ile Ife (The Earth) is Orunmila and he brought Ifa  as guidance from the most high Olodumare (GOD) of heavens and Earth. Please also take note that Bible in western Civilization or Quran in Eastern Civilization is directly proportional to Ifa which has thousands of verses known as Odu or Odus

Back in the day, it may not be politically correct to say the Ooni of Ife is a Christian or Muslim but correct to say he’s  second in command of Irunmole (God, messenger of Olodumare) in other words “Igbakeji Orisa” that is regarded as an Irunmole (Orisa himself) only when he puts on his Ade Ori (Crown). Also the supreme leader of all the Yoruba kings and Yoruba people. In other words, the first among equals.

“Being a custodian of Ifa traditional religion of destiny, it may introduce a conflict of interest for an Ooni of Ife to “pray” to Eledumare (ALMIGHTY GOD/GOD of heavens and Earth) using any other religion other than going to a Babaalawo to look into Ifa for Guidance.

But today it’s politically correct for the sake of peace to rain in SW and this is why you do not have major foreign proxies in the South W. Like Boko haram, Shiite and the New Nnamdi Kanu Biafra ideology, always hiding under the pretext of religious conflict to carrying out its major objectives. As in the case of Nnamdi Kanu hiding under the pretext of marginalization to also carrying out its objectives.

If you are familiar with the traditions and culture of the Yoruba people. A king is not a God but a semi-God (like a deputy to the Gods) that is why they are called “Igbakeji Orisa” and out of all the Irunmoles/Gods we have the supreme being (Eledumare/Olodumare) who is GOD over all other God/Gods  or Irunmoles. So that the Ooni knows he has a GOD who is above other Gods or semi-God is not an abomination. It will be an abomination if he thinks he is the “Eledumare himself or GOD” . Oni is the custodian of all the Gods in Yoruba land, he is not an Irunmole but regarded as an Irunmole only when he puts on his Ade ori (The Crown). He still has to bow to not only one God but to all the Gods/Irunmoles in the Yoruba land and also bow even prostrate before the most high GOD”Eledumare”.

That is practice the 3 Religious ideologies or civilizations.

In 2015, it’s politically correct to say that Ooni of Ife should be 3 in1 for the sake of peace in Yoruba Land. Although, being a custodian of Ifa traditional religion of destiny, it may introduce a conflict of interest for an Ooni of Ife to ask for guidance (that is pray to Eledumare ALMIGHTY GOD/GOD of heavens and Earth) using any other religious ideologies other than meeting with a Baba’Alawo (Ifa Chief Priest) to consult Ifa for Guidance. Everything he needs is written in Ifa. All he needs to do is go to the nearest Baba’alawo to consult Ifa for guidance or what Ifa says.

P.S: In the Yoruba religion of Ifa or Destiny. Ooni of Ife do not pray to Eledumare. ( this praying is only common with the religion of Abraham i.e Christianity and Islam ) Everything he needs is written in Ifa. All he needs to do is go to the nearest Baba’alawo (Ifa Chief Priest) to look into what Ifa says or consult Ifa. Which is also similar to going to the Church in Western Civilization or to the mosque in Eastern Civilization. 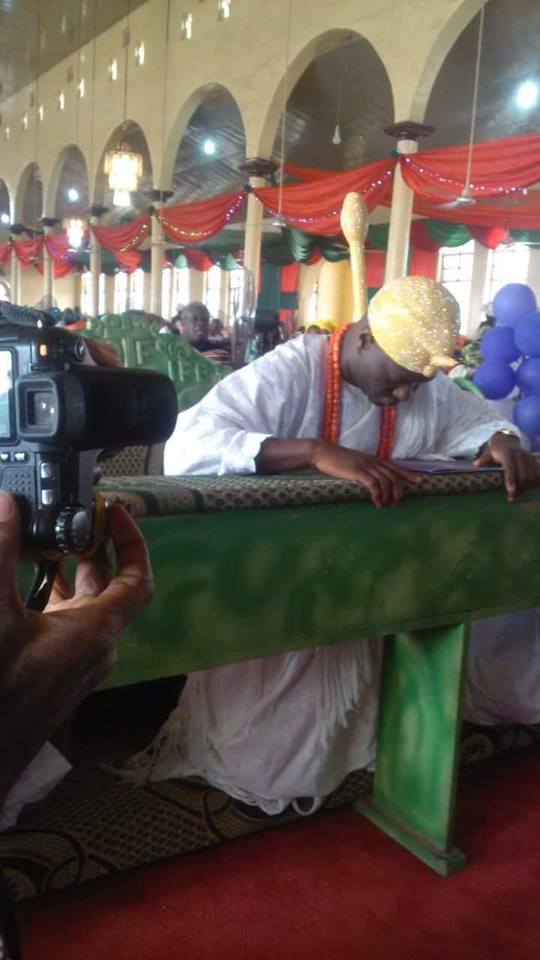 Previous: So many people hate on success, Social Media Bill Must Be Passed – Davido
Next: Please I Need Some Guidelines: I’m Planning To Go Into Keke Napep Business 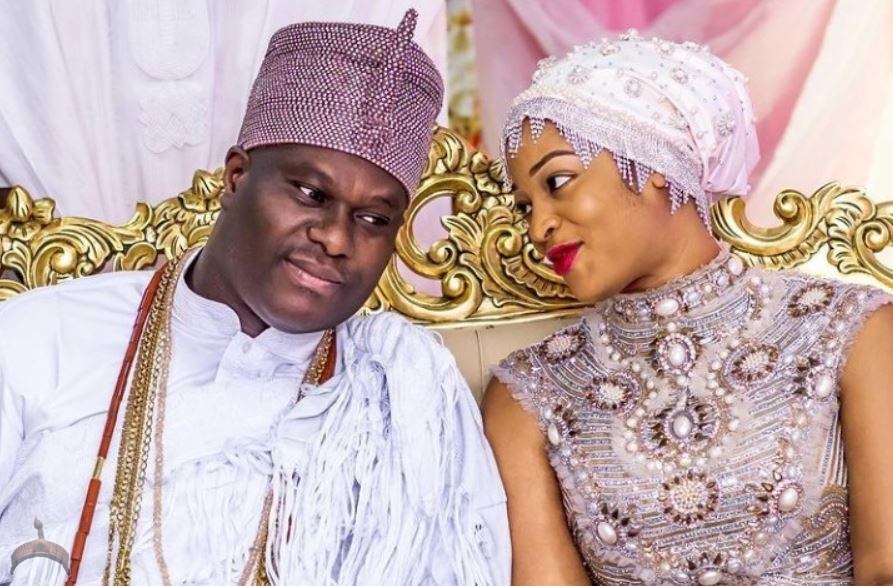 Ooni of Ife has announced the birth of his first child with Olori Silekunola – a baby boy, NaijaCover Reports. He said the Prince was born today, November 18, 2020. A statement via his official Instagram account reads: “To God be the glory great things he has done. Hearty congratulations to the entire House of Oduduwa and Olori Silekunola who today birthed a Prince to the Royal throne of Oduduwa.Mother and child are doing well to the glory of God ...