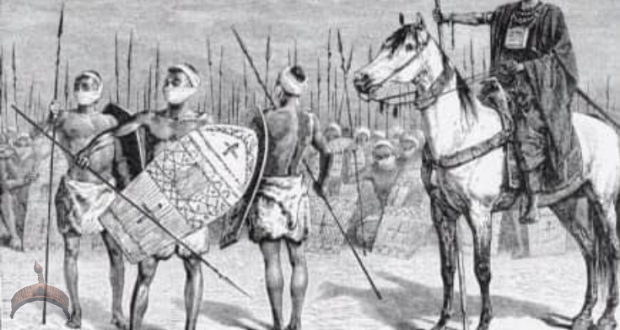 Posted by: ayangalu in Breaking News, Metro life Comments Off on The Osogbo War Of 1840

After the Fulanis systematically captured and made Ilorin their territory, they sacked the old Oyo Empire in 1835/1636.
They were still not satisfied with their victory; they wished to extend their rule deep into the heart of the Oodua (Yoruba) land. Thus in 1840, they set to capture Osogbo, an Oodua (Yoruba) town. The Fulanis, under the command of Ali, the Hausa Balogun of Ilorin, laid siege on Osogbo.

When the king of Osogbo realized that the Ilorins were too strong for the Osogbo army, he summoned the Ibadans for help. Ibadan immediately sent some auxiliaries to Osogbo under the command of Obele alias Mobitan, and Alade Abimpagun. As this force could not stop the Ilorins, another contingent was sent to Osogbo under a more experienced leader. But still, the Ilorins won every battle and gained more ground.

When Ibadan realized that the Ilorins were becoming more threatening to Yoruba land, they sent a large and stronger force under Balogun Oderinlo to crush the intruding forces and Jammas of Ilorin. When Oderinlo and his men arrived at the battlefield, they realized that things had gone worse than they thought.

They could not show their faces in the open field for the fear of the Ilorin horses, and for about 20 days after they arrived at Osogbo, they could not fight outside the town thickets. Oderinlo suggested that Elepo, a brave Ibadan warrior was badly needed at the war front. Elepo had been rejected by the war chiefs of Ibadan for his actions at the late Agbamaja expedition.

As soon as the message from Oderinlo reached Ibadan, the Bashorun wished he could send Elepo to Osogbo but could not go against the wish of other war chiefs. The Bashorun gave Elepo a cow to worship his god, Ori, and pray for the victory of Ibadan at the war front.

On the war front, the Ibadan could not attack the Ilorins during the day because Osogbo was practically on a plain and the Ilorin horses might have advantage of them with disastrous results.

They decided to attack at dusk when the Ilorins would no longer be able to use their horses. About 2:pm, the well-prepared Ibadan army left the gate of Osogbo for the battlefield. They were to keep a strict watch and arrest anyone suspected to be a spy.

About a mile from the Ilorin camp, they halted and arranged the order of the attack.
The Osogbo army and the earlier auxiliaries were to handle the center of the battlefield, chiefs Abitiko and Labuju were to command the right-wing, Balogun Oderinlo with the rest of the Ibadan war chiefs were to form the left-wing of the army. The Ilorin camp was then attacked at midnight. The watchword was “ Elo ni owo odo? ” (How much is the ferry fare?).

The reason this watchword was chosen was that the river Osun had to be crossed in entering Osogbo from the south, and anyone who could not tell this was likely to be an enemy.

Stampede engulfed the Ilorin camp as the Ibadan army set it on fire. The Ilorin could not offer the slightest resistance; they were smoked with the gunpowder of the Ibadan guns.

This attack was a success for the Ibadan. Some Ilorin war chiefs were captured in the attack. Prominent ones were:

The first two were released while the latter two, being Yoruba by birth, were regarded as traitors and were executed. This was a huge victory for the whole of Yoruba land.

After the Osogbo victory,
Ibokun, an Ijesa town not far from Osogbo was taken by the Ibadans for being an ally of Ilorin.

After this war, Ìbàdàn later became a force building formidable war machinery than later prosecuted many other wars with a resounding victory.
Notable among the wars was the KIRIJI WAR where the Ibadan warlords formed a historic alliance with the Igbajos. Even though Igbajo became the war front for many years that the war lasted, it was never captured by the raging Ekiti parapò warriors. Rather it was a place where many of them met their Waterloo.

It’s worthy to note that the KIRIJI WAR was the last war in Yoruba land. It’s also recorded as the longest native war in Africa.
Since then the Yoruba people have continued to build strong bonds among themselves and they have sustained the peace.

We must continue to tell our children the history of the Yoruba people and the bond that our father had built so that we can continue to see ourselves as one. If the Ibadan people can sacrifice their lives for the people of Osogbo in other to save other towns and villages in Yoruba land and in essence, the carnage of innocent people was prevented, then, we the modern Yorubas have no reason to divide ourselves for political reasons or any reason at all.

Previous: 5 Safety Tips When Travelling Along Kaduna-Abuja Expressway.
Next: Tyson Fury Announces His Retirement from Boxing 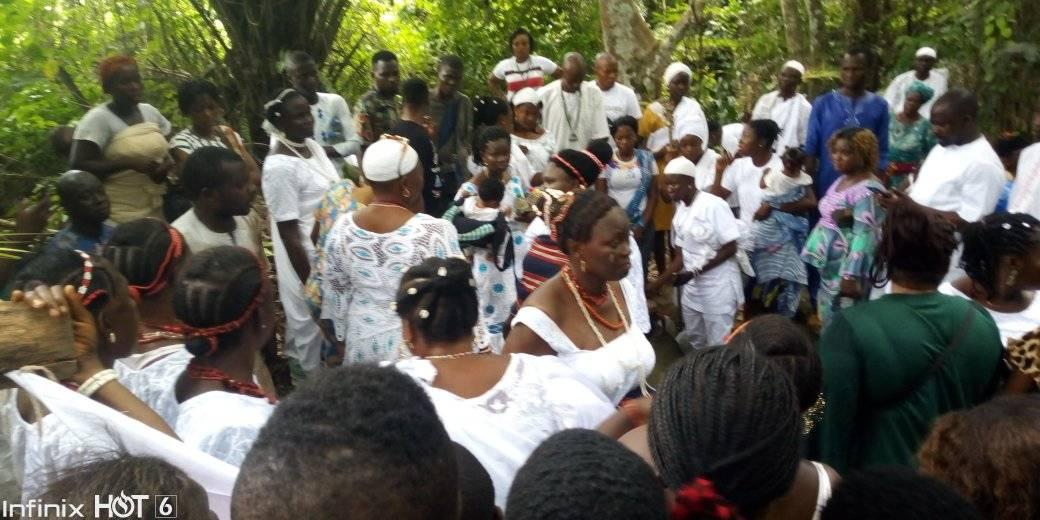