Don't Miss
Home / News From Nigeria / World News / A Few Military Secrets To Put In Your Pipe And Smoke, By Scott 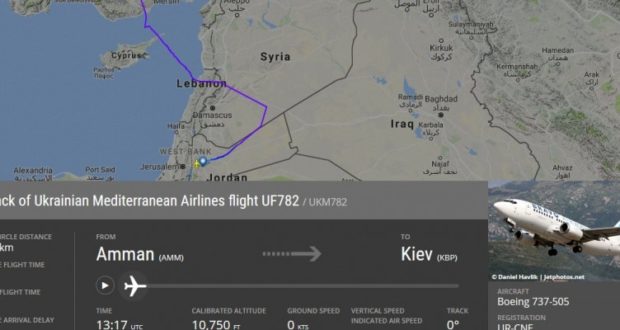 A Few Military Secrets To Put In Your Pipe And Smoke, By Scott

Posted by: BalogunAdesina in World News Comments Off on A Few Military Secrets To Put In Your Pipe And Smoke, By Scott

After September 17th when the US Air force bombed the Syrian troops that were besieged by the US terror troops in town Deir EzZor, and the following provocation with the UN humanitarian convoy, we have been waiting for the next Pentagon and CIA provocation. The military psyop specialists are getting paid millions of dollars to invent these provocations, and we, collectively, trying to prevent them from happening and to untangle them after they take place. We do all these intelligence as volunteers.

Here are a few bits of information for you to think about.

On October 6, 2016, Christian Borys, a Canadian Journalist based in Eastern/Central Europe and a contribution writer for VICE, the Guardian, RFERL, The Daily Beast, MacleansMag, TheEIU, Global Television, Al Jazeera, had posted the following tweet:

The U.S is painting their F/A-18’s to match the paint schemes of Russian jets in Syria. Standard training, but interesting nonetheless.

The U.S is painting their F/A-18’s to match the paint schemes of Russian jets in #Syria. Standard training, but interesting nonetheless. pic.twitter.com/FVN6tMj2Ji

On October 9, some flight trackers noticed an inconsistency in the flight route of an Ukrainian airline company plane.

General flight information: Ukrainian Mediterranean Airlines UF781: info and flight status. The flight UF 781 connects the airport Borispol of Kiev and the airport Queen Alia Intl of Amman. The flight is operated by the airline Ukrainian Mediterranean Airlines (IATA code: UF, ICAO code: UKM). The distance between the two airports is about 2.085 Km and the flight time is about 3h 18m (the flight time is approximate, and may vary as a function of the air route and the type of aircraft used). For flights of some airlines (and to the main airports) you can also find real-time information on flight arrival or departure, info about delays or cancellations and the flight status.

As you can see, the flight UF-781 took a sharp turn left and made a loop over the Syrian airspace, instead of following a safe route over Israel. The same fight went back over Syria again.

Considering that the US terror troops fighting in Syria have just received MANPADS from Pentagon, making flights over Syrian war zone is not particularly bright idea. Maybe, we can find out who was the pilot? Interesting also what do the passengers think of this?

There are a  few ideas about what could take place. I will list them below.

Also on October 9th, a flight tracker from Israel tweeted a peculiar screenshot

It looks like P-8s could be aircraft returning to Florida from hurricane evacuation. However, why would radar see TWO Russian AZAZ909 AWACS aircraft?

Yaniv Schwartz also tweeted” “if u playback this screen u could see that the 2 Azazs have exactly the same hex and reg… maybe a glitch or another mystery.”

Meaning that the radar saw two aircraft with the same  hex code, and the registration number. Which is only possible if they are been spoofed.

More on this here:

We have got information that at least past week the US air force with sweat, blood and tears, repainting their Fs into sky-blue and white colors of the Russian SUs.

During this eventful week Pentagon came out and declared that they, via their proxies or directly,  will kill more Russian troops in Syria and more Russian people in Russian cities.

Russia responded with a promise to shoot “unidentified flying objects” and everything the Russian air force would perceive as threat.

We also have the evidence of the American fighter jets painted in Russia’s colors. And we have evidence of the US fighter jets flying with transponders able to fool radars with mimicking the Russian reconnaissance aircraft hex code and registration. It’s the same for two aircraft, but it is enough for a provocation.

Next, we have got a Ukrainian passage jet  on its way to Amman Jordan, flying into no-fly zone over Syria.

That’s all I’ve got for now…

What do you think about this?