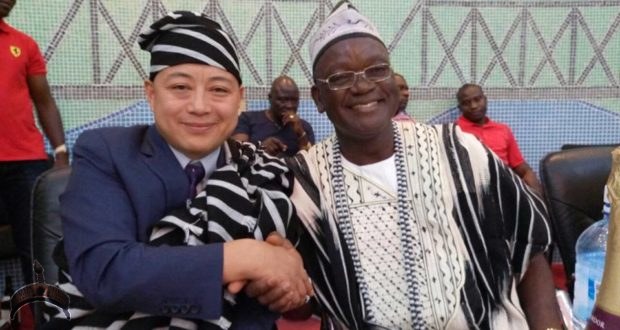 Posted by: BalogunAdesina in Breaking News, World News Comments Off on It’s Africa’s choice: AFRICOM or the New Silk Roads

When China calls, all Africa answers. And Beijing’s non-politicization of investments and non-interference in internal affairs is paying off big time

The dogs of war – cold, hot, trade, tariffs – bark while the Chinese caravan plies the New Silk Roads. Call it a leitmotif of the young 21st century.

At the Forum on China-Africa Cooperation (FOCAC) in Beijing, President Xi Jinping has just announced a hefty US$60 billion package to complement another US$60 billion pledged at the 2015 summit.

That breaks down to $15 billion in grants and interest-free loans; $20 billion in credit lines; a $10 billion fund for development financing; $5 billion to finance imports from Africa; and waving the debt of the poorest African nations diplomatically linked to China.

When China calls, all Africa answers. First, we had ministers from 53 African nations plus the African Union (AU) Commission approving the Beijing Declaration and the FOCAC Action Plan (2019-21).

Then, after the $60 billion announcement, we had Beijing signing memorandums of understanding (MOUs) with nine African nations – including South Africa and Egypt – related to the New Silk Roads/Belt and Road Initiative (BRI). Additionally, other 20 African nations are discussing further cooperation agreements.

That does not exactly paint the picture of the BRI as a vicious debt trap enabling China to take over Africa’s top strategic assets. On the contrary, the BRI is seen as integrating with Africa’s own Agenda 2063, a “strategic framework for the socio-economic transformation of the continent over the next 50 years” tackling unemployment, inequality and poverty.

Apart from letting the numbers speak for themselves, Xi deftly counter-punched the current, massive BRI demonization campaign: “Only the people of China and Africa have the right to comment on whether China-Africa cooperation is doing well … No one should deny the significant achievement of China-Africa cooperation based on their assumptions and speculation.”

And once again Xi felt the need to stress the factor that does seduce, Africa-wide – Chinese non-politicization of investments, and Chinese non-interference in the internal affairs of African nations.

This comes right after Xi’s speech celebrating the five years of BRI, on Aug. 27, when he stressed Beijing’s organizing foreign policy concept for the foreseeable future has nothing to do with a “China club.”

What that reveals, in fact, is a Deng Xiaoping-style “crossing the river while feeling the stones” fine-tuning, bent on correcting mistakes in what is still the BRI’s planning stages, and including the approval of a mechanism of dispute resolution for myriad projects.

African leaders seem to be on board. For South African President Cyril Ramaphosa, the FOCAC “refutes the view that a new colonialism is taking hold in Africa, as our detractors would have us believe.” AU chairman Paul Kagame, also the president of Rwanda, emphasized a stronger Africa was an opportunity for investment, “rather than a problem or a threat.”

China is, in fact, upgrading its investments in Africa beyond infrastructure, manufacturing, agriculture and energy and mineral imports. China is Africa’s top trading partner since 2009; trade expanded 14% in 2017, reaching $170 billion.

In November, Shanghai will host the first China International Import Expo – jointly managed by the Ministry of Commerce and the Shanghai municipal government, a convenient stage for African nations to promote their proverbial “market potential.”

Xi depicted as a new and ruthless Mao? China mired in abysmal corruption? China’s massive internal debt about to explode like a volcano from hell? None of this seems to stick Africa-wide. What does impress is that in three decades, a one-party system managed to multiply China’s GDP per capita by a factor of 17. From a Global South point of view, the lesson is “they must be doing something right.”

In parallel, there’s no evidence Africa will cease to be a key BRI node for investment; a market with an expanding middle class receptive to Chinese imports; and most of all, strategic reasons.

And then there’s the ultra-sensitive military front.

China’s first overseas military base was inaugurated on Aug. 1, 2017 – on the exact 90th anniversary of the People’s Liberation Army (PLA). The official Beijing spin is that Djibouti is a base for peacekeeping and humanitarian missions, and to fight pirates based on the Yemeni and Somali coastlines.

But it goes way beyond that. Djibouti is a geostrategic dream; on the northwest Indian Ocean and at the southern path to the Red Sea, en route to the Suez Canal and with access to the Gulf of Aden, the Arabian Gulf and most of all the Bab-el-Mandeb Strait. This prime economic connectivity translates into transit control of 20% of all global exports and 10% of total annual oil exports.

Djibouti’s aim, as expressed by President Ismail Omar Guelleh – who visited Xi in Beijing last November – is to position itself as the number one connectivity/transshipment node for all of Africa.

Now compare it with the Pentagon’s AFRICOM agenda – as in an array of Special Ops deploying nearly 100 secret missions across 20 African nations at any given time.

As Nick Turse extensively documented in his must-read book Tomorrow’s Battlefield, there are at least 50 US military bases Africa-wide – ranging from what AFRICOM designates as “forward operating sites” to fuzzy “cooperative security locations” or “non-enduring contingency locations.” Not to mention 36 AFRICOM bases in 24 African nations that have not previously made it to official reports.

What this spells out, once again, is further evidence of the ever-replicating Empire of Bases. And that brings us to Africa’s stark “contingency location” choice. In the ultra-high-stakes development game, who’re you gonna call? FOCAC and the New Silk Roads, or Ghostbusters AFRICOM?