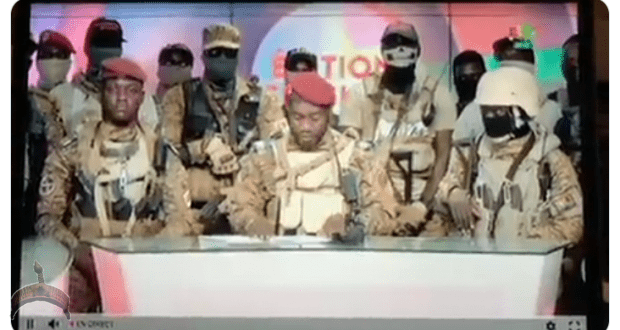 Lt Col. Paul-Henri Damiba, a graduate of a Paris military academy with a defense expert certification in management, command and strategy, overthrew Burkina Faso’s President Roch Marc Christian Kaboré on January 24, 2022, in a military coup d’etat. He pledged a two-year process for returning to democratic governance.

The government of Burkina Faso has been dissolved and its constitution and transitional charter both suspended following a military coup by the Burkina Faso Armed Forces.

Army Capt. Ibrahim Traore announced the seizure of power in a statement read on national television on Friday evening. He said the officers leading the coup had decided to remove Damiba from power because he had failed to deal with an armed uprising by Islamist militants in the country. Traore said the country’s borders had been closed indefinitely and that all political and civil society activities had been suspended.

“In the face of the continuing deterioration of the security situation, we have repeatedly tried to refocus the transition on security issues,” the statement said. The officers pledged to maintain all of Burkina Faso’s commitments and urged civilians “to go about their business in peace.”

Sounds of gunfire through the capital of Ouagadougou echoed for several hours before Traore’s announcement, creating fears of a new coup. Government spokesman Lionel Bilgo told reporters there was an “internal crisis” and that talks were ongoing “to try to reach a settlement without trouble.”

“Negotiations are underway to bring back calm and serenity,” he added. “The enemy attacking our country only wants division between Burkinabes.”

The European Union has expressed “concern” over the sequence of events and UN spokesperson Stephane Dujarric said that “Burkina Faso needs peace, it needs stability, and it needs unity in order to fight terrorist groups and criminal networks operating in parts of the country.”

According to the Associated Press, some Burkinabes demonstrated in the streets in favor of the coup once reports of gunfire spread. Francois Beogo, a political activist from the Movement for the Refounding of Burkina Faso, told an AP reporter that Damiba “has showed his limits” during his nine months in power. “People were expecting a real change,” he added.

The coup was the second of 2022, after Damiba led the overthrow of then-President Kaboré in January, ostensibly for similar reasons.

France has long fought Islamist groups in the region under the aegis of Operation Barkhane and, more recently, Task Force Takuba. However, people have grown tired of the war both in France and in West Africa, as it has ground on for more than eight years with little sign of progress.

French forces were thrown out of Mali last year and protests in Niger have demanded their exit as well. A French military convoy en route to Mali from Cote D’Ivoire was attacked all along the road by protesters, including as it traversed Burkina Faso. French troops gunned their way through the demonstrators, killing at least two. 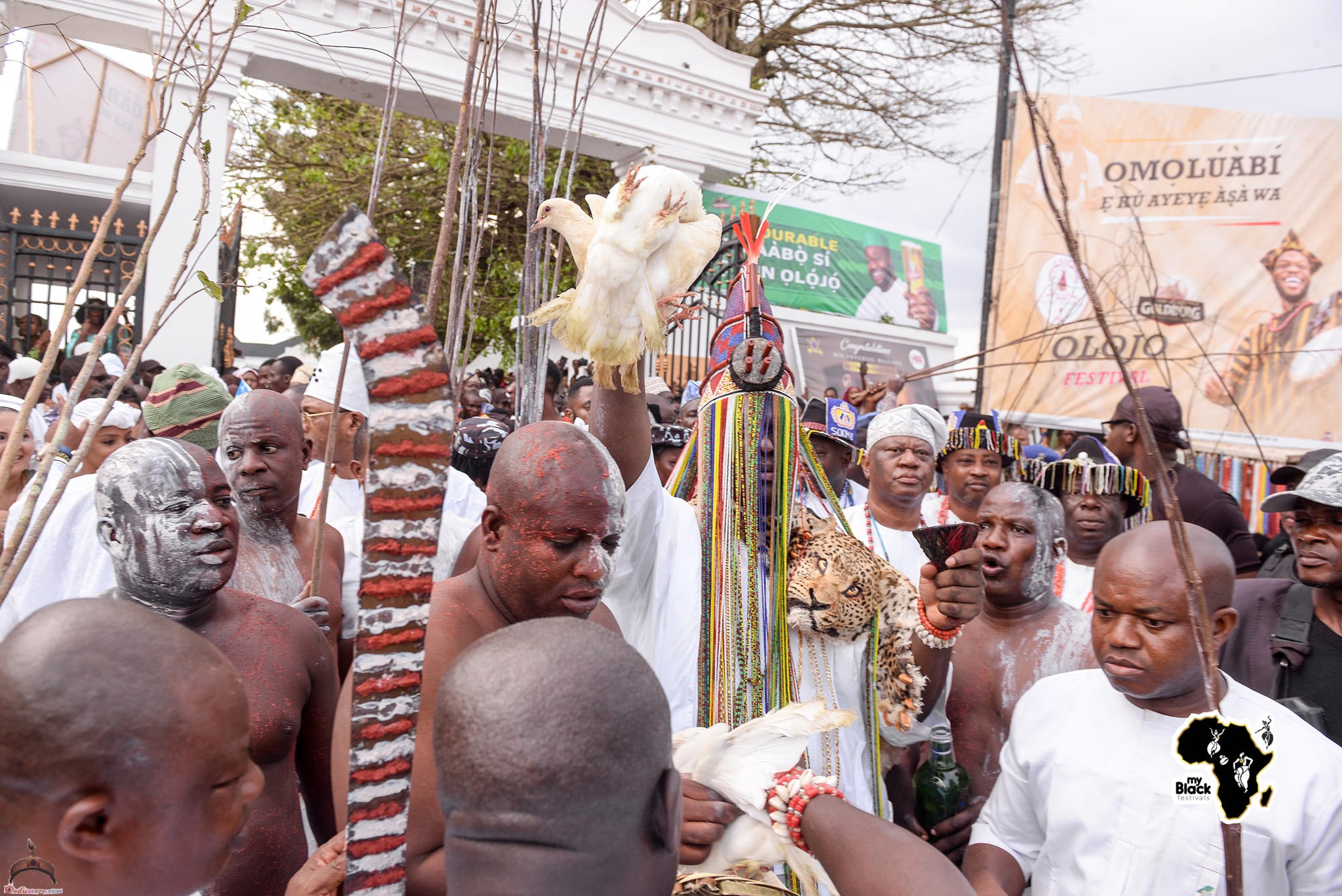 Ọdún Ọlọjọ tí ọdún 2022 ni Ilu Ile-Ifẹ. A ṣe Ọlọjọ a ké gbajure ooo!!! A Dedication To The Worship Of Ogun-the Yoruba God Of Iron In Remembrance Of The Descent Of Oduduwa, The Progenitor Of Yoruba Race Historically woven around Ogun the Oduduwa(Yoruba) Orisa of iron widely believed to be the leader and the most important of the 201 ‘Orisa’ (elders) that accompanied Oduduwa the progenitor of the Yoruba race during his descent from the heavens, the annual Olojo Festival is the biggest and most important celebrations on the Ife cultural calendar.           ...