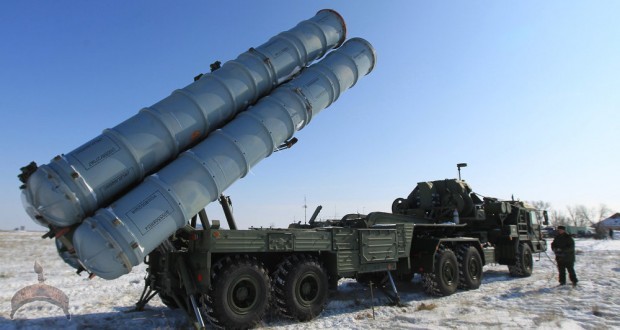 Countries Should Think Twice Before Striking Iran After S-300 Delivery.

Posted by: BalogunAdesina in World News Comments Off on Countries Should Think Twice Before Striking Iran After S-300 Delivery.

The Russian Foreign Minister said that Moscow does not want Iran to become a new target for the illegitimate use of force.

People will think twice about striking Iran once it receives Russian S-300 missile defense systems, Russian Foreign Minister Sergei Lavrov said Wednesday.“Those who still want to strike Iran will most likely think at least twice before they do so,” Lavrov said during an interview to Russian radio stations Sputnik, Ekho Moskvy, and Govorit Moskva.

The Russian Foreign Minister added that Moscow does not want Iran to become a new target for the illegitimate use of force.

“What is now happening, including in Yemen and in the region as a whole, shows the existence of serious risks,” Lavrov said.

On April 14, President Vladimir Putin signed a decree lifting the ban on the sale of S-300 air defense systems to Tehran that Moscow imposed in 2010, joining UN-imposed arms embargo on Iran amid concerns that the country was developing nuclear weapons.

The president’s decision came two weeks after Tehran and international negotiators agreed on a political framework for a future deal to guarantee the peaceful nature of the Iranian nuclear energy program. A final agreement is expected to be reached by July 2015.

Lavrov said that progress on the talks made the embargo on missile delivery irrelevant.

Days after Russia lifted its ban, US President Barack Obama mentioned that he was surprised Moscow had not done it earlier given its “strained” economy and tense relations with Washington.

However, in a Tuesday interview with MSNBC, Obama said that the United States could penetrate Iranian S-300 if necessary.

First, I want to begin this analysis by posting the full translation of an article posted yesterday by the Russian webzine Vzgliad.  I materially don’t have the time to make my own translation, so what I will post is just a minimally retouched machine translation, I apologize for this. original Russian text: https://vz.ru/world/2020/11/12/1070326.html Five main mysteries of the second Karabakh war by Evgenii Krutikov The end of the second Karabakh war gave rise to many riddles and conspiracy theories. Indeed, some ...