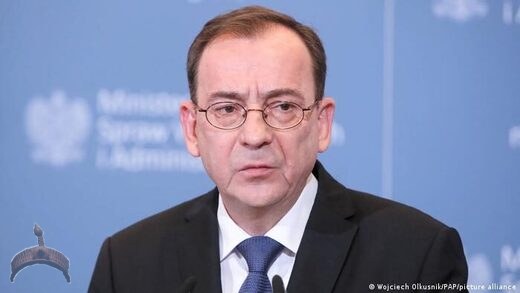 Posted by: BalogunAdesina in World News Comments Off on Poland expels 45 Russian diplomats accusing them of espionage

Tensions between Poland and Russia have been running high since Moscow began its “invasion” of Ukraine last month.

Poland said it had expelled 45 Russian diplomats on Wednesday for engaging in espionage in the EU country.

Interior Minister Mariusz Kaminski made the announcement on Twitter.

“Poland has expelled 45 Russian spies pretending to be diplomats,” he wrote. “We are dismantling the Russian special services network in our country.”

“In total, 45 people with varying diplomatic status… were ordered to leave the territory of the Republic of Poland within 5 days,” Foreign Ministry spokesman Lukasz Jasina told a news conference.

One person had been given 48 hours to leave, he added.

Tensions between Poland and Russia have been running high since Moscow began its “invasion” of Ukraine last month.

“Russia is our neighbour, it will not disappear from the map of Europe, but the aggression towards Ukraine proves that it is an unfriendly state, and even hostile to Poland,” said Jasina. The 45 diplomats being expelled represented around half of those currently working at the embassy, he added.

Comment: Russia hasn’t been hostile to Poland but the international community has seen just how willing to execute the bidding of the US Poland has been, and worse, because it has allegedly been party to US war crimes by helping funnel terrorists from Syria to Ukraine.

How has Russia reacted to the decision?

Russia confirmed the expulsions but dismissed Polish accusations as baseless.

“There are no grounds for these kinds of accusations,” said Sergey Andreyev, Russia’s ambassador to Poland.

Comment: Unsurprisingly, Poland hasn’t provided any proof of their claims. And they’re rather serious claims to make.

The Russian ambassador said that Moscow also has the right to take further steps, without going into detail about what those might be.

The Polish government’s move comes after a request by special security services that the diplomats be removed. The decision follows similar moves to expel Russian diplomats in the Baltic states and Bulgaria.

Previous: How India perceives the Ukrainian crisis and what it means for its relations with Russia and the West
Next: Ukraine’s propaganda war: On international PR firms, DC lobbyists and CIA cutouts 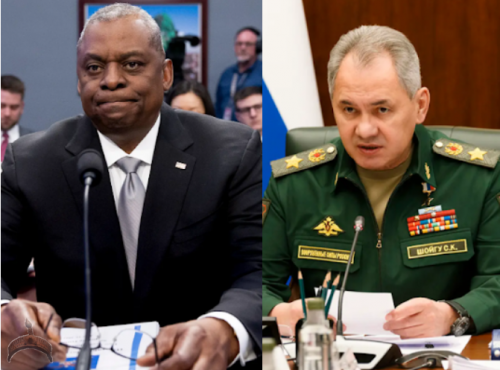