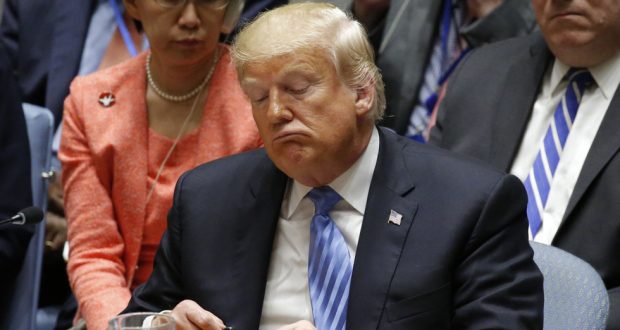 Reaction to the Dems attempt to impeach Trump – Saker Rant

Posted by: BalogunAdesina in World News Comments Off on Reaction to the Dems attempt to impeach Trump – Saker Rant

I think that most readers know that I am not a fan of Trump or the Republican Party.  But I have to say that compared to the Democrats, the folks at the GOP are quasi decent; not very bright and only decent in comparison with the Dems, but still.
I have always maintained that the Neocons will try to impeach Trump and that he was what I called a “disposable” President the Neocons will use for dumb shit like moving the US embassy to al-Quds before jettisoning him, but I never thought that the Dems would have the chutzpah to pull of exactly the same trick TWICE!
What do I mean by that?
Look at that sequence:
Hillary does something dumb and insiders at the DNC leak documents.  What do the Dems do?  Invent the entire Russiagate charade.
This time around:
The Bidens do something dumb and somebody finds out.  What do the Dems do?  Invent a brand new “Ukrainegate“!
Exact same trick.  Twice!
And since chances are that the Senate will never impeach Trump, the real reason they are now talking about impeachment is just to help Biden and his campaign.  In other words, the Dems are doing exactly what they are accusing Trump of doing: they are trying to use a foreign power to interfere in US elections.
Then there is this: at least some Republicans are true patriots.  But the Dems?  They don’t care that forcing the President to release his conversations with foreign officials will make it hard in the future for foreign officials to be candid when they speak to the US President (even if he/she is a Dem!).
Besides, ALL the intelligence services on the planets have all kinds of agreements and understandings with others and requesting data on illegal activities of US citizens abroad is something which all 17 (!) US intelligence agencies ought to be doing.  And when dealing with a very public or powerful figure, it is normal for heads of state to be the top person to decide if such a confidential exchange of sensitive materials will or will not take place.  Finally, last time I checked, the VP does not keep his immunity of office once gone.
Sorry, but for the life of me I don’t see what Trump did wrong.
But then, neither did General Flynn do anything wrong either, and Trump immediately and totally betrayed him, so there is some karma at work here.
Then there is this famous “whistle-blower”.  First, for all we know, this might be a “Peter Strzok v2”, so let’s wait before assuming that another Snowden is coming forth.
Then, what NERVE the Dems have whining about Trump not allowing this alleged whistle-blower to come forward.  Okay, maybe The Donald got it wrong and said something stupid.  But he sure did not persecute whistle-blowers as viciously as Obama did!  Do these Dems have no shame! (no need to answer, that was rhetorical).
And, to fully complete my sense of nausea, I just read John Podhoretz’ editorial “Trump Did This to Himself” in Commentary (yes, I read the enemy’s propaganda, always).  Technically, Podhoretz’ is right, of course, but not at all in the sense he means it.
I am saddened by all this.  In my 56th year I lived 20 years in the USA and I love both its beautiful nature and many of its kind and good people.  This country deserves so much better!  And please don’t accuse me of being pollyannish about the USA’s past.  I wrote about the evils of US imperialism, racism and multiple genocides (including the biggest one in history, the one of Native Americans) many times.  But I am also aware of all the beautiful and noble things this young country also had in its short history.  Besides, those who live in the USA today cannot be blamed for the past (unless they whitewash it, of course).
Just 30 years ago the USA was a totally different country.  The Bill of Rights still mattered.  M*A*S*H was shown on TV without having hordes of offended minorities protesting.  US Americans did not fear the police (at least if you were not Black).  There was no ICE and US colleges had a TRUE political diversity.  Okay, the US media was mostly crap, but some “dissident” journos could still get published” (nowadays, a US journalist is, to use Alain Soral’s very apt words about the French journos, either a prostitute or unemployed).
This, and much more, is all gone now.
If the human race does not destroy itself and if we still have a future, historians will study this last phase of the US Empire and they will argue who was most to blame.  And while blame can be apportioned pretty much everywhere, I think that it is fair to say that the Democrats did much more damage to this country than the Republicans.  Of course, the real culprit hiding in shades are the Neocons who first took control of the Democratic Party (under Carter and maybe even before) and who then proceeded to infiltrate the GOP (under Reagan) (In the case of the GOP I was an eyewitness to how this was done in several think tanks in DC between 1988 and 1991).
With the sole possible exception of Tulsi Gabbard, I consider the Democratic Party to be profoundly anti-American (sorry, I cannot use the words “anti-US”, which would be more accurate but also clumsy).   In fact, the evidence of the past several decades shows that Dems only care about themselves, their power, their money, their fame.  They don’t give a hoot about the people of the United States, all their catering to loony minorities is just a scam.  They are the worst supremacists in this country for sure!
I think that anybody who for whatever reason supported this party in the past ought to now resign from it, publicly if possible.
Alas, I am not holding my breath for that either.
This is a sad day.
The Saker
Donald Trump 2019-09-25
BalogunAdesina 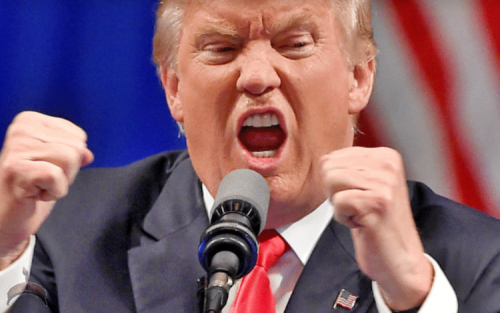 Did President Donald Trump Just Launch the Largest Sting Operations in US History Against the Corrupt Swamp of the Democratic Party?

by Peter Koenig for the Ooduarere via Saker Blog Remember when Donald Trump said before the 2016 Elections, he wanted to be President to clean up the swamp in Washington? Well, he may be just doing that. President Trump may have just launched a massive sting operation against the rotten flagrant corruption of the “Democrats”. He knew they were planning a massive election fraud, when they insisted on mail-in votes, similar to the absentee votes, and asked that the mail-in ...