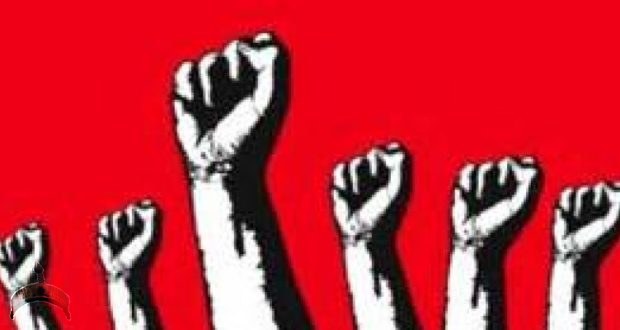 Straighten Up and Fly Right

Posted by: BalogunAdesina in World News Comments Off on Straighten Up and Fly Right

So, the die is cast. Trump is done for, Trump is a coward, Trump is a charlatan, Trump is a Russian agent, Trump is an idiot, etc etc etc. Blog is alive with ‘I told you so’ and ‘I knew he didn’t have it in him’.

Only a very very few of you have the stones dozens and in the end hundreds of our citizens, grandmothers and grandfathers, men and women and yes, teenagers, had during the last days of February ’14 when they blockaded, unarmed blockaded, the orcs in their bases and unarmed faced down the dreaded orc SBU when they tried to arrest Mr. Chalyi. How do you think these same ordinary citizens felt when on 26 February 2014 the Commander of the Russian Black Sea Fleet units in Sevastopol said in a short news interview that his orders, his mission statement, was to protect the Fleet, not the city of Sevastopol? Did they stop, did they give up hope and go home only to worry about the proverbial ‘knock on the door’? Hell no, they continued to blockade, they continued the struggle as more and more men, military age men, joined them and blockaded this peninsula and this city. What would you have done?

Mr. Trump is your last hope and you had better use it or lose it forever. No one else had the stones to stand up to what he’s stood up to in the last year. How many of you were at his rallies, how many of you helped him and his campaign? Are some of you complaining and predicting doom and gloom for Mr. Trump trying to help, to continue the struggle against those who are against him and those who are openly fomenting a coup d’etat against the sitting President of the United States of American? I think not, I think many of you were either along for the ride and at the first little thunderstorm immediately abandoned ship or were never really in the struggle to start with.

Know this. You have no chance but with this man, President Donald J. Trump. If he fails so do you, each and every one of you. Those of you who have the intestinal fortitude had better get out there and help rather than sitting on the sidelines in Starbucks and complaining over your overpriced coffee.

There are now four threads on this blog with together over 500 posts combined, almost all chanting ‘the end is near’. Yes, I agree, the end is indeed near, but not the end you think it is. President Trump is but three weeks in to his first term as President. Are most of you so feckless that if you don’t get your instant gratification you immediately turn on the man who was to gratify you? Again, I think not. For those of you who have the ability, get out there and help.

If you don’t help then whatever happens is on your hands just as much as it will be on the hands of those who are moving heaven and earth to destroy this presidency in it’s infancy. How are you going to explain that to your children and grandchildren? How are you going to explain that you were there when the last hope arose on the horizon and you watched that hope go down under a horde of barbarians and didn’t lift a finger to help? How will you explain that? I know I couldn’t and I won’t have to. But you will if you don’t get out there and help now.