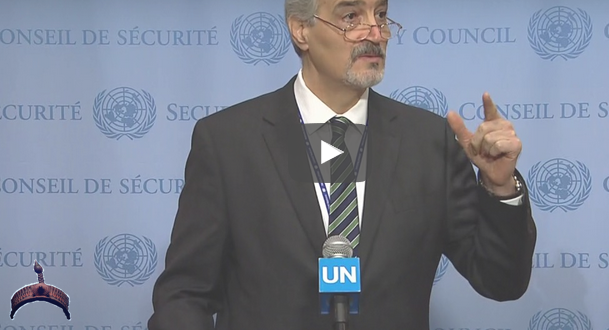 Posted by: BalogunAdesina in Breaking News, World News Comments Off on Just In: Syria Names Foreign Secret Agents Trapped in Aleppo to the UN Security Council

“We are going to catch them and show them to you.”

Courtesy by the pessimist.

Previous: Russian Ambassador in Ankara has been murdered
Next: Gov. Fayose’s son shares back in the day Photo of his Parent.