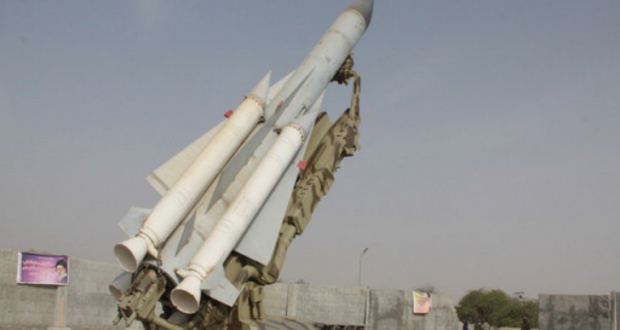 The Israeli Defense Forces have yet to comment on the announcement. Tel Aviv and Damascus, that have never signed a peace treaty, have repeatedly exchanged tit-for-tat attacks in bordering areas.

According to Syrian SANA state-run agency, the country’s air defenses have responded to an Israeli attack near Damascus, a move described as “aggression” by the Arab Republic’s government.

The IDF have yet to comment on the announcement, however, Haaretz reported, citing sources, that Israeli missiles had targeted a “research center” in the town of Jamraya, located north of Damascus.

There have been no immediate reports of casualties or damage as a result of the incident.

The media outlet cited social media reports suggesting that three blasts had been heard near Damascus on Wednesday morning.

The latest incident takes place less than a day after Israel’s Prime Minister Benjamin Netanyahu paid a rare visit to Golan Heights, a disputed area that had been annexed by Tel Aviv during the Six-Day War in 1967 prompting harsh UN condemnation, inspecting the nearby border into Syria. During the visit, he issued a warning, saying, “We seek peace but are prepared for any scenario and I wouldn’t suggest to anyone that they test us.”

The reported attack is not the first time Israeli Defense Forces had been targeting areas near Damascus. Thus, in December, Israeli aviation struck a target near Damascus, prompting the Syrian forces to respond with an anti-aircraft missiles’ strike toward IDF jets.
Tel Aviv and Damascus, that have never signed a peace treaty, have repeatedly exchanged tit-for-tat attacks in bordering areas, with the latest incident taking place in early January, when the Syrian government army had thwarted three Israeli missile attacks on Damascus countryside. Syria reportedly warned the Israeli side about risks posed by such attacks.

Israeli authorities have repeatedly recognized that the country’s Air Force had attacked objects in Syria under the pretext of the threat allegedly posed by Lebanese Hezbollah Shiite groups, which has been considered an enemy by Tel Aviv.

Previous: The fall of Cameron-Clinton, and the rise of Brexit-Trump
Next: Heroic Death Of Russian Su-25 Pilot And Operation In Idlib